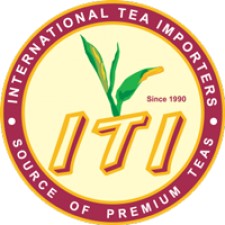 COMMERCE, Calif., October 26, 2020 (Newswire.com) - The pilot episode plans to air in the first quarter of 2021 and will also be airing on on-demand platforms such as Roku, iTunes, Amazon, Google Play and other various on-demand platforms.

Chado Tea is a family-owned tea purveyor with four tea rooms throughout Los Angeles, as well as an online tea store. Their mission is to promote global tea culture and educate customers about the history and benefits of the most widely consumed beverage in the world after water. Their tea rooms offer full afternoon tea services and feature an eclectic mix of the highest quality teas sourced from across the globe. Chado promotes tea education through their interactive events and activations, ranging from traditional Japanese tea ceremonies to the Los Angeles Tea Festival, an annual event that has brought thousands together since 2011. Chado also aims to educate customers about the many perceived health benefits of tea, from protecting against heart disease and stroke to slowing the progression of age-related neurological diseases.

This is about a history you might never know if I did not relate it to you. It is a bespoke story and one that reveals the very heart of this remarkable company.

Founder Devan Shah grew up in comparative privilege in southern India in the city of Coimbatore, acquiring an easy familiarity with many of India's religious traditions and languages. In college, he took a degree in business, and dutifully but swiftly climbed the rungs of the tea profession. Then, like many other Indian professionals, he emigrated to the USA to start a new life. He knew inside himself that he was a born tea man. He started India Tea Importers. He began in his father-in-law's garage that was in L.A. He went on to be the NY Director of Tea Board of India. Nobody in America knew anything whatsoever about South India's tea.

For more information about the series, please visit https://planettvstudios.com,