PROMPERÚ reports strengthened economic ties with the U.S. has allowed the South American country to continue to grow in exports and tourism 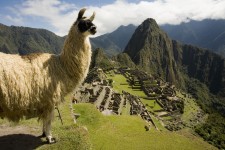 LIMA, Peru, November 11, 2019 (Newswire.com) - ​Peru's Export and Tourism Promotion agency (PROMPERÚ) reports the Peruvian economy has strengthened at a rapid pace over the past several years, with exports and international tourism leading the way. Driving that growth is an increasingly stronger trade relationship with the United States, with Americans purchasing more and more products from Peru - leading to an 8.9% increase in the value of exports from 2009 to 2018 - and also choosing travel to the country more often - with a 7.1% increase in American visitors from 2014 to 2018.

"We are proud to see the demand for Peruvian products continue to increase and achieve a high demand within the U.S. market," said Edgar Vasquez Vela, Peru's Minister of Trade and Tourism. "Not only do we see that Americans are buying more of our products, but they are also coming to visit Peru in record numbers on vacation and to see family members throughout many regions of the country."

Export numbers from Peru to the United States have shown a dramatic upswing in the past 10 years, as the two economies have become more closely integrated. Two of the most important growth sectors are agricultural products and textiles. Agricultural products, including fish, grew 13.9% from 2009 to 2018. This sector alone represented US $1.87 billion. Textiles exports present a similar upward movement, growing 1.3% between 2009 and 2018. Combined growth within both sectors averages a healthy 8.9%, representing a total US $2.55 billion in exports from Peru to the United States.

Many of these agricultural and manufactured products represent trade that did not exist between the two countries even a few years ago, helping employ people throughout several sectors of the Peruvian economy. In 2018, this consisted of exports of blueberries, which reached a total value of US $289 million; calcium phosphate, which reached a total of US $145 million; and windshield glass production, which reached a total of US $46 million. None of these products had been exported to the United States in 2009, demonstrating the creation of completely new markets for Peruvian goods and the opportunity to further tie the two economies together.

Minister Vasquez visited the United Nations General Assembly this September in New York, discussing many of the increases in trade from Peru to other nations as the South American country continues to expand into the global economy. For example, during the last two decades, Peru's trade with the world, including both goods and services, registered a near sixfold increase, reaching a total US $108 billion in 2018. During that period, Peru performed above average for Latin America and was, in fact, the region's fourth fastest-growing economy during the last decade. This had tangible benefits for the entire nation: Peru's poverty and extreme poverty rates went down significantly in the last two decades and are currently 20.5% and 2.8% of the country's total population.

Peru has long had a proven comparative advantage over other countries in the mining sector and has been able to diversify this export base by expanding the agricultural, fisheries, chemical, textile and metallics manufacturing sectors. Currently, 89% of Peru's merchandise exports reach economies with which it has trade agreements.

The success of these trade agreements has been demonstrated over the last two decades as agricultural exports grew at average rates nearing 15% annually. In the agricultural export sector, Peru registered the highest growth rates in Latin America. Globally, Peru is the largest asparagus exporter, the second largest exporter of blueberries, avocados, mangoes and Brazil nuts, and the largest exporter of grapes.

In 2018, nearly 4.4 million international visitors arrived in Peru, an increase of 9.6% over 2017. In the first half of 2019, inbound tourism generated US $2.51 billion, an increase of 7.1% compared to the same period in 2018, making tourism the 3rd most important international currency source, representing 2.2% of GDP. According to the latest Ranking of Travel and Tourism Competitiveness Index 2019, Peru ranked fifth in Latin America for international tourism.

American visitors also spend significant time and money in Peru, averaging 10-night stays and per person expenditures of approximately US $1,500, with 40% of travelers booking through agencies. The capital city of Lima, historic Cusco and Puno on Lake Titicaca are primary destinations for American visitors, 59% of whom come on vacation and 18% to visit friends and family, with 38% staying in a 4- or 5-star hotel. The average American visitor in 2018 was also very young, as 50% were millennials and 18% were Gen Z.

The Peruvian economy has become more globally connected within the last two decades, as agricultural, mineral and manufactured exports have increased through highly successful international trade agreements. The United States represents an important part of this trend which has helped to lift many in the country out of poverty. Importantly, in addition to buying Peruvian products, rising numbers of Americans are visiting this South American nation. Current data predict these trends will continue even more strongly through 2019 and beyond.

PROMPERÚ is engaged in the promotion of exports and tourism to and from Peru. The country on the west coast of South America has a lot to offer visitors. Its rich history guarantees impressive sights, including the world-famous Inca city of Machu Picchu. The landscape is diverse, from rainforest to desert and from mangrove forests to the Andes Mountains. Those who love good food can also indulge in Peru, the local cuisine is characterized by sustainable cultivation and intense flavors. For whatever reason you travel to Peru, the land of Pacha Mama will certainly steal your heart. For more information, see www.peru.travel. Follow Peru via Facebook, instagram, Twitter and YouTube.