SAN FRANCISCO, January 21, 2020 (Newswire.com) - People's Daily Online West USA held the premiere for their short documentary series on the 40th anniversary of the establishment of diplomatic relations between China and the United States, also launching the ceremony "reading China from multiple cities and one book" at the San Francisco Public Library on Jan. 18, 2020.

China and the United States established formal diplomatic relations on January 1, 1979. To commemorate the 40th anniversary of the establishment of diplomatic relations between China and the United States, People's Daily Online West USA took six months to shoot a documentary involving travel over 9,900 miles from the East Coast to the West Coast of the United States. The ten interviewed guests are witnesses to, and builders of, China-U.S. relations over the past 40 years. The documentary interviewed: Christopher Nixon Cox, an American lawyer based in New York, son of Tricia Cox and Edward Cox and grandson of President Nixon and First Lady Pat Nixon; Neil Mallon Bush, fourth of six children of former President George H. W. Bush and brother of President George W. Bush; Stephen A. Orlins, President of the National Committee since 2005.

Wang Donghua, Consul General of the People’s Republic of China to San Francisco, who attended the premiere, said, "It is meaningful for us to hold an event like this, which will help us review the development of China-U.S. relations, summarize the experience and lessons of China-U.S. cooperation, and think about ways for the two major countries to live in peace and resolve their differences." Wang said the event was a good entry point and focused on how to read China. At present, China-U.S. relations are facing unprecedented difficulties. One important reason is that we don’t have enough mutual understanding. "There are far more Chinese who know America than there are Americans who know China. It shows how important it is to have events like today." Florence Fang, a Chinese-American businesswoman, publisher, and former owner of the San Francisco Examiner, was also featured in the documentary. She congratulated the success of the documentary at the premiere and hopes to make more contributions to China-U.S. relations in the future. Michael Lambert, City Librarian at San Francisco Public Library, said at the premiere that, as the subject of the documentary, "Vision and conviction will take China-U.S. relations forward; we believe that vision and conviction will promote understanding and goodwill between our people." 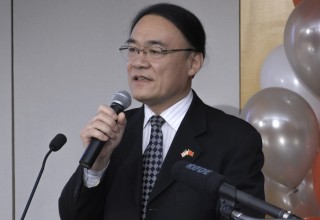 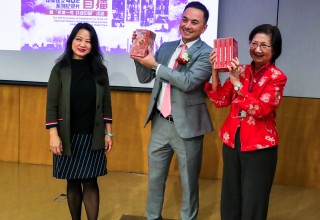 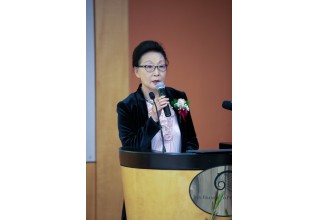 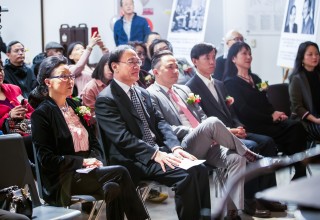 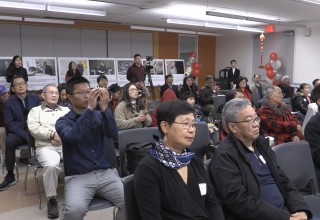