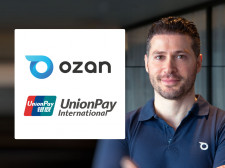 ISTANBUL, May 4, 2021 (Newswire.com) - Ozan SuperApp was introduced to its users in Turkey in February 2021, and since then has continued its licensing and infrastructure efforts required to start providing services in the United Kingdom, the European Union and the USA.

CEO of Ozan SuperApp, Omer Suner shared his opinions on what the partnership means:

''With the cooperation we entered with UnionPay International, Ozan SuperApp users will be able to create their UnionPay virtual cards on the go, as well as enjoying a physical presence of a prepaid card in their pocket."

Suner goes on to state:

"We have started our journey from Turkey, not only following the Orient Express towards the West, but also the ancient Silk Road towards the East. Our UnionPay membership gives as a unique travel pass into the Far Eastern market, especially into key countries such as Indonesia, Japan, South Korea. We're pleased and honored to share seats with UnionPay on this ride."

Dr. Ozan Ozerk, founder of Ozan SuperApp, offered his views on the UnionPay International membership and the growing competition among challenger banks:

'When we look at the current fintech landscapes, we see that most neobanks focus on their domestic market. Increased domestic competition is great for domestic usage, but often represent little added value for international travellers and small businesses aiming to expand abroad, other than reduced exchange fee.''

Dr. Ozan Ozerk also gives a peak into the driving strategy behind the Ozan SuperApp:

''With the Ozan SuperApp we're focusing on bringing together the best services from each domestic market and providing them globally as an integrated part of the Ozan SuperApp. We like to consider ourselves as a market place for the best domestic players in the world.

With our international financial license network we aim to serve small businesses as well as the large unbanked and the underbanked consumers across the world. By thinking global and focusing local, we believe we're heading in the right direction.

Teaming up with UnionPay International, a market leader in several domestic markets in the Far East, we believe we have taken yet another solid step to realize our vision."

Beginning its journey to bring its users together with the future's financial services, Ozan is an electronic money organization that was licensed by the BRSA in accordance with law number 6493 and provides services under the audit and supervision of TCMB (Central Bank of the Republic of Turkey) since January 2020.

With its SuperApp application, Ozan both aims to offer its global customers a variety of financial services such as opening an account in seconds, transferring funds, prepaid card and precious metal trade, and bring its user together with various services including daily messaging applications, e-trade, ordering plane tickets, grocery orders on a single application.

Currently, Ozan has offices in Istanbul and London and prepares to provide services in the United Kingdom, Europe, and the USA with its recent international license efforts.

Ozan is an electronic money organization that was licensed by the BRSA in accordance with law number 6493 and provides services under the audit and supervision of TCMB (Central Bank of the Republic of Turkey) since January 2020. 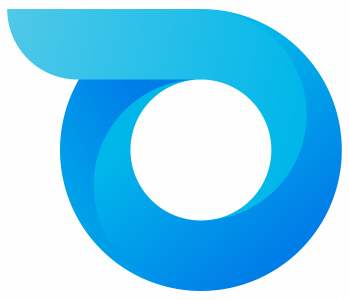 Ozan Electronic Money Turkey Join Forces With Albaraka Turk, One of Turkey's Most Well-Known Banks
Ozan Electronic Money Turkey, which offers financial services to individual users and SMEs, has entered into a strategic cooperation with one of Turkey's most well-known banks, Albaraka Turk. Thanks to this collaboration, Ozan SuperApp users will be able to access various financial services ranging from fractional shares to foreign exchange services, to bill payment, virtual IBAN and more.
Ozan SuperApp - Feb 24, 2021
Newswire