ALEXANDRIA, Va., December 17, 2020 (Newswire.com) - The year is coming to a close, and just when you thought Oxygen Forensics was finished, they release yet another cutting-edge update for their all-in-one forensic solution, Oxygen Forensic® Detective. With an enhanced Facial and Image Categorization engine, increased support for Samsung backups, and an improved OxyAgent utility, it's no wonder Oxygen Forensics couldn't wait to release this update.

Oxygen Forensic® Detective v.13.2 introduces some of the most notable advancements Oxygen Forensics has made this year. To start, the enhanced capabilities of their Facial Categorization to identify faces wearing not only sunglasses and hats, but masks, was critical, considering that over 90% of Americans claim to wear masks today when leaving the house, according to a poll conducted by National Geographic in early October. In addition, Oxygen Forensics implemented two new categories to their Image Categorization feature - Maps and QR/Barcodes. With alcohol, weapons, vehicles, drugs, nudity, extremism, chats, and others, this brings the total number of image categories to 16.

To add even more functional support, Oxygen made two key improvements to their OxyAgent utility. First, they gave investigators the ability to extract all apk files. This data is great for gaining quick insights into what apps were installed on an Android device while also identifying possible malware. Second, investigators can now extract essential information regarding the device's file system, such as file name, creation and modification date, size, and path. For devices with root rights, OxyAgent will extract information about the file's access, making it even easier for investigators to locate suspicious files by hash sets.

Considering the significant advancements made in Oxygen Forensic® Detective v.13.2 and the timing of this release, it's clear Oxygen Forensics wished to leave nothing on the table as they rounded off their second decade in the industry.

This past year has truly demonstrated the resilience and dedication Oxygen Forensics has to providing their customers with the cutting-edge tools and world-class service they've come to expect, no matter the circumstance. When asked what kept his team motivated during a time of change and uncertainty, COO Lee Reiber responded, "We understand that the creation of a product for the digital forensic community is not to simply sell licenses. It is to provide solutions that can save lives, make investigations clearer, faster, and more efficient; while also delivering unique training instruction worldwide, both online and in person. Success at this level is what keeps our great team working at full steam all year."

As they close this quarter with an impressive year behind them, it's looking like Oxygen Forensics is eagerly waiting to hit the ground running in 2021.

The full list of 13.2 updates can be found here. 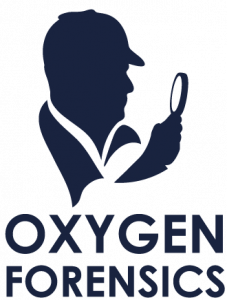