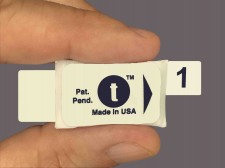 RANCHO SANTA MARGARITA, Calif., December 17, 2017 (Newswire.com) - Oxxiom, the world’s first wireless, continuous, fully disposable, single-use pulse oximeter has received the 2017 Good Design Award by the Chicago Athenaeum Museum of Architecture and Design, in the medical category. The award is presented to the most innovative and cutting-edge industrial, product and graphic designs produced around the world. Winners are selected among thousands of submissions from leading manufacturers and industrial and graphic designers from over 48 countries, representing the most important and influential corporations around the world.

According to Marcelo Lamego, True Wearables’ founder and CEO, “It is a special honor to receive a Good Design Award, considering that True Wearables is a startup and Oxxiom is its first product.”

Oxxiom is the only pulse oximeter currently being manufactured with biocompatible adhesive foam tape encapsulation. Its origami-like outer shell is completely unique and gives the device a modern, sleek look, completely distinguishable from the bulky devices presently in the market.

About The Good Design Award:

Now in its 67th year, Good Design is the oldest and the most prestigious Awards Program organized worldwide. Founded in Chicago in 1950 by the former MoMA curator Edgar Kaufmann Jr., together with such pioneers in modern design as Charles and Ray Eames, Russel Wright, George Nelson and Eero Saarinen, Good Design honors the yearly achievements of the best industrial and graphic designers and world manufacturers for their pursuit of extraordinary design excellence. 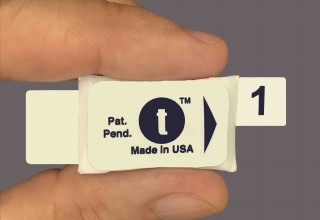 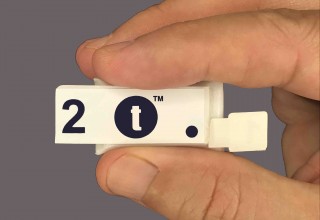 True Wearables is a medical device startup based in Orange County, CA.

Oxxiom Measures Oxygen Saturation Up to 105%
Oxxiom for Sports and Aviation is the only pulse oximeter that offers measurements over 100%
True Wearables, Inc. - Aug 13, 2019