When repairing vehicles for their customers, Josh Lineberry, manager at James Auto Body and Glass, said it is paramount to use the best parts possible.

“We try to use OEM parts, not just because of what the insurance company recommends, but [for] a better repair overall,” said Lineberry. “All changes in parts are approved first by the customer and the insurance, when needed.”

Based in Missouri, James Auto Body and Glass attributes part of the success of its three locations to using high-quality parts, such as those that can be purchased from Original One Parts. Headquartered in St. Louis, MO, Original One Parts provides reconditioned 100 percent certified OEM parts nationwide. They are harvested from vehicles across the country and then aggregated at the company’s refinishing facilities where they undergo a rigorous clean-up and certification process. Lineberry said the result is a like-new OEM part at an aftermarket price.

“Several months ago, an insurance company had written one of their parts on an estimate and we decided to use it since the company was somewhat local to us,” said Lineberry, who manages the company’s Cape Girardeau location. “It came in and we found that it was actually a fantastic part.”

Since then, James Auto Body and Glass has been ordering parts regularly from Original One Parts through CCC ONE. These include a trailer hitch, impact bars, control arms, engine crossmembers, tow hooks and spare carriers.

“It has been fantastic,” he said. “From the very first time we ordered from them, they were very informative on the phone and let us know exactly what we needed, when it would be here and how it would come. It came as promised, and honestly, it was better quality than what we were expecting.”

The company also followed up to ensure James Auto Body and Glass was satisfied with the parts and service.

“For the type of parts you are ordering, most companies charge you some form of freight or shipping,” said Lineberry. “Original One Parts doesn’t.”

The shop has received free ground shipping and freight on everything it has ordered, and there is also a 24-hour delivery option.

Original One Parts developed an exclusive “Vintegrity” certification process, which ensures all the parts are genuine OE, specifically matched to the VIN and are the same specifications for form, fit, function and finish as they were when the part was new. They also offer a lifetime warranty.

Lineberry said the parts require no clean-up and have fit well, which has saved both time and labor in the shops, helping reduce cycle time and increase productivity.

That has been a huge benefit for the company, which was established in 1930 by Joe James, Sr. James operated James Wrecker Service and James Garage under one roof in Cape Girardeau, MO. By the mid-1950s, he had expanded the business to include glass work and eventually moved into collision repair. He started James Glass Service in 1980.

James began phasing out the wrecker service and devoted more time to what had become the business’s primary focus—collision repair and glass work. He dissolved James Wrecker Service and James Garage became James Auto Body and Glass in 1990.

“We’re very similar to the way Original One Parts operates,” said Lineberry. “We strive for basically perfect customer service and try to do the job right the very first time, instead of having it returned and then redoing it because the insurance company wanted to use a lesser part.

“The main thing about Original One that they are surely awesome about is how they recondition parts that nobody else does. It’s really good that someone is out there reconditioning control arms and safety-related parts, where before you had no other alternative—it was either new, aftermarket or used.”

He said an insurance company might write an estimate for an aftermarket part, but James Auto Body can “…use that money, with the customer’s approval, and put it toward Original One Parts and get a reconditioned OEM part that is going to hold up better and ensure a better repair for the customer.” 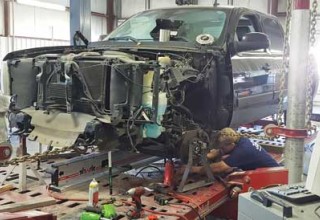 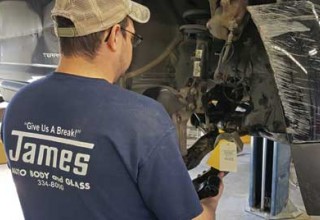 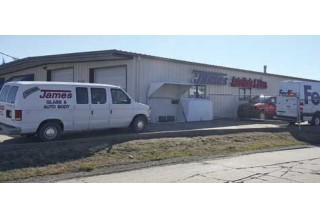