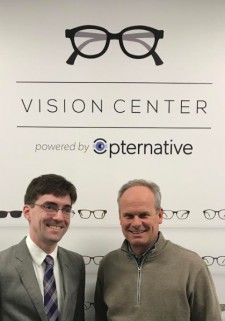 COLUMBIA, S.C., February 22, 2018 (Newswire.com) - ​Representatives from Opternative and Institute for Justice met this week to announce their formal plans to move forward with an appeal to Judge DeAndrea Benjamin's dismissal of a lawsuit brought by an online telehealth company, ruling that the company lacks legal standing to challenge the law that put it out of business in South Carolina.

The case, Opternative v. South Carolina Board of Medical Examiners, was filed by the Institute for Justice (IJ) on behalf of Opternative — a Chicago-based startup that offers consumers the ability to get a new corrective lens prescription from the comfort of their own homes. Opternative’s services are available in states across the country, but not in South Carolina. In 2016, the South Carolina legislature passed (over the veto of then-Governor Nikki Haley) the “Eye Care Consumer Protection Law” (ECCPL), a law written by the lobbying group for brick-and-mortar optometrists that was specifically designed to outlaw Opternative. The law worked — Opternative immediately stopped operating in South Carolina — and Opternative sued, arguing that the South Carolina Constitution does not allow the government to regulate for the sole purpose of protecting one private group from competition.

We are continuing this fight until we vindicate the basic principle that states cannot use public power to protect private businesses. Patients and doctors, not state legislators, should be managing their own healthcare decisions, and we are determined to put that power back in their hands.

Opternative is appealing the judge's ruling because it did not address the constitutionality of the statute, which then-Governor Haley criticized as putting the state “on the leading edge of protectionism.” Instead, the judge dismissed the case after finding that Opternative did not have “standing” — that is, that it had not suffered an injury that allowed it to bring suit.

“This law was designed to put Opternative out of business in South Carolina, and it worked,” explained IJ attorney Joshua Windham. “That is an injury, and that means South Carolina courts have to hear Opternative’s constitutional arguments.”

"We are grateful for the support of the Institute for Justice and we look forward to being able to offer low-cost online vision tests in South Carolina," said Brent Rasmussen, CEO of Opternative.

The ruling did not question that Opternative was harmed, noting that “Opternative has certainly presented evidence that the ECCPL will deter state-licensed ophthalmologists and optometrists from using its technology within Opternative’s current business model.”

“No one has to change their behavior in order to comply with an unconstitutional law,” said IJ senior attorney Robert McNamara. “We are continuing this fight until we vindicate the basic principle that states cannot use public power to protect private businesses. Patients and doctors, not state legislators, should be managing their own healthcare decisions, and we are determined to put that power back in their hands.” 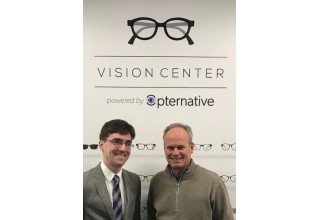 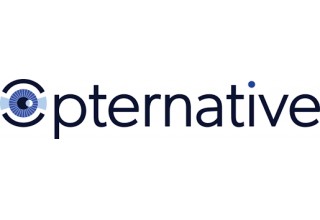 Opternative is an Ocular telehealth company that enables patients to renew their contact and glasses prescription using a smartphone and computer.