Ollyball Selected as 2019 Toy of the Year Awards Finalist

IRVINE, Calif., December 18, 2018 (Newswire.com) - VICTURY Sports, a startup in full-force indoor play for children and athletes, announces that their  Ollyball has been selected as a finalist for the 2019 Toy of the Year (TOTY) Awards from The Toy Association. The winners will be announced in New York City at the “Oscars of the Toy Industry” held on Feb. 15, 2019.

“This all started five years ago when our kids were playing ball in the house and broke things,” said Joseph G. Burke, founder/CEO of VICTURY Sports, who invented the Ollyball. “We went on a quest to create a ball that kids could play with in the house." After five years of prototypes sewn on their kitchen table, the Ollyball is now a finalist for Toy of the Year.

After five years of prototypes sewn on our kitchen table, the Ollyball is now a finalist for Toy of the Year.

"One of the best surprises was seeing a parent in Austria post a video on Instagram," Burke said, "His son was kicking the Ollyball in their house and performing seated soccer juggling indoors. Shortly afterward, they ordered two more Ollyballs." The Ollyball has also been very popular with Scouts; hundreds have been sold as prizes for BSA events. Ellen Burke, VICTURY's customer experience director, said, "We are honored to be a finalist. We love what The Toy Association stands for, especially how they support charities through bringing joy to kids and parents.” Ellen sewed the original prototypes on their kitchen table and is an instructor in special education.

The Ollyball was a ball designed for full-speed, full-force indoor play. The ball weighs less than an ounce, absorbs shock through patented KrunchCOR® construction and is re-inflatable. Ollyball also has imaginative cartoons, based on a book written by Joseph Burke, that can be colored in with crayons. (Ages 1+ MSRP: $14.99)

With all purchases of the Ollyball at ollyball.com, VICTURY Sports will make a donation to U.S. TOPSoccer, a community-based program for young athletes with physical or mental disabilities, organized by youth soccer association volunteers. The Ollyball was recently featured on a “Toys your kids will love” segment on Fox 29 hosted by toy expert Cassie Slain and previewed by YouTube toy personality "Hey that's Mike." 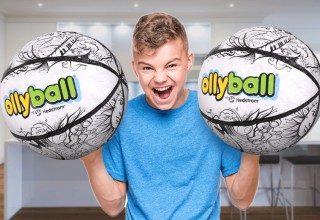 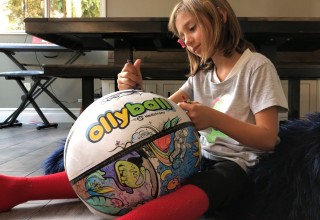 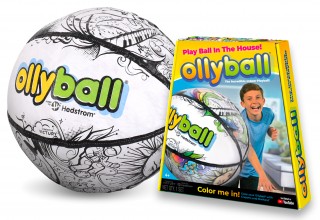 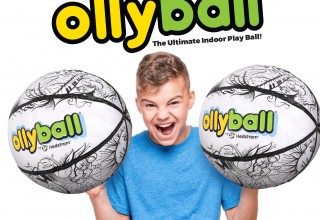