Numero 28 Brings Its Italian Tradition to the Next Level 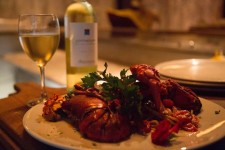 MIAMI BEACH, Fla., July 4, 2018 (Newswire.com) - Numero 28 is proud to announce its collaboration with the famous Sardininian chef Matteo Piu. The family-owned restaurant chain, operated by the Biamonte family, has several locations in New York, including the West Village, the East Village, the Upper West Side, the Upper East Side, Brooklyn, Queens and Austin TX, highly frequented by various celebrities: Sarah Jessica Parker, Steven Tyler, Andrea Pirlo, famous worldwide Dj Gianluca Vacchi for a hot, fresh pie. The first Numero 28 opened in New York in 2006, but the family has been making Neapolitan-style pizzas in Italy for five generations.

The pizza-making process begins with select Italian imports, including tomatoes grown in the rich volcanic soil of Mount Vesuvius, extra-virgin olive oil, and D.O.C. mozzarella di bufala from Campania region of Italy, the birthplace of pizza. The dough is cured for 48 hours to give it the restaurant's signature flavor before the pizza is fired in a custom wood-burning oven, the restaurant's focal point.

At the restaurant, you can have fun watching chef Matteo, cooking some daily-fresh lobster fra diavola “al profumo di mare.“ Chef Piu is known in Costa Smeralda, for his outstanding capacity to find the freshest fish and cook it in a proper Italian way. Based on daily availability, remember to ask for a “crudo experience”; you won’t be disappointed.

Owner Gianmarco Di Michele, who is part of the Biamonte family and runs the restaurant, says he's been looking for the right time and place to open a South Florida location, while another one in Miami-Dade is expected to be opened by winter 18. “We’ve been exploring the Miami area for some time now to introduce a concept that’s authentic yet defining.” 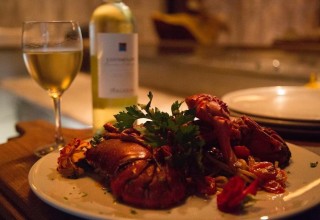 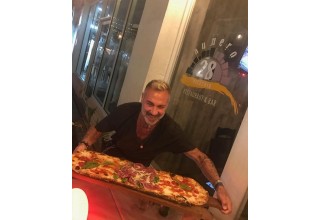 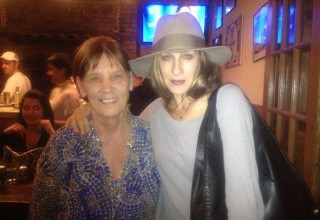 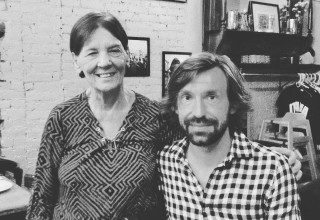