Now Families Can Find a Child to Adopt Online 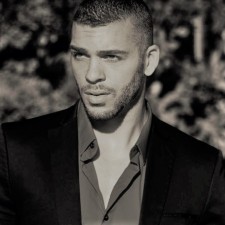 San Diego, United States, June 29, 2017 (Newswire.com) - San Diego adoption attorney Quincy Braxton knows very well about the process of adoption. He has 11 siblings. There are 8 biological half brothers and sisters, his father has 4 and his mother has 4 and, additionally his mother adopted three.

"When people would ask my mother which ones were adopted she would say, 'I can't remember. You'll have to ask them.' She felt that it was a personal question, and whoever felt like giving out that information could, and if not, that was their choice. She didn't want them to feel like they were any different than the rest of us," says Braxton.

Braxton's mother, Jenna, Ryan owns and operates an advertising service for attorneys and licensed adoption agencies called Forever After Adoptions. She is a web designer and search engine optimization expert. She has been operating for 10 years and says that she has close to 100 websites. Sites like adoptionagencycalifornia.com and adoptionagencytexas.com allow her to be pulled up organically when people are searching for an adoption service. When Braxton graduated from Pepperdine Law School, he asked if he could become one of her clients and she was thrilled to have him on board.

Because he is African-American, he made the decision to specialize in working with African American families nationwide as well as birth mothers that are seeking to place their children for adoption. "It has been very rewarding," he states. "I know that there are a lot of adoption services that are going out of business these days, but with the scale of advertising that we have access to, I have had to take on a partner to keep up with it." Although his focus is with black birth mothers and families, he says that the majority of people that he works with are Caucasian. "That is just because, I believe, that there are more white people seeking to adopt privately."

Braxton explains that he operates very differently than any other adoption service in the country. Because Forever After Adoptions appears organically when families are seeking to adopt a child, hundreds of prospective adoptive families find their site monthly. Braxton states that when he is working with a birth mother that is seeking to give her child up, he and other attorneys and agencies will post a brief description on the site of http://foreverafteradoptions.com/available-adoption-situations. Forever After Adoptions does not require that those that post on their site be their own clients. They allow all licensed agencies and attorneys to post but have a disclaimer as to the quality of the situation.

Families that are approved by their state and home study ready can send in a profile which he will forward to the woman. He said that he had heard that a recent posting, made by an adoption facilitator from California for available twins received almost 100 families within 3 days that were interested. He said that he checks with all state laws to make sure that everything is done legally prior to allowing the family to commit, and refers only to attorneys that are members of the American Academy of Adoption Attorneys, as he feels that they are by far the most knowledgeable and experienced lawyers available.

Unlike other services, Braxton will not take any money from a family until after they have been chosen by a birth mother to adopt their child. He says that he wants people to have access to their finances in case they find a situation elsewhere. Most of the people that contact him have already paid another service, which often times they don't even end up needing. "Make sure that they have a good refund policy before signing on with anyone in case you end up not needing their services. A lot of these places don't give refunds, and your money is gone whether you need them or not," he explains. He further explains that he and his partner have an outstanding refund policy, and that is one of the reasons, he believes, that he has been so successful. "People just don't have near as much to lose when they work with us."

"I know it sounds crazy, people finding their child to adopt through the internet," he states. "But the internet has changed everything. People find their spouse online. They find their home online, you can even be seen by a doctor in some states online. Now there is a site where you can find your son or daughter to adopt online." Attorney Quincy Braxton can be reached at (619) 866-2765 and is available as a speaker for African American events.

About Law Office of Quincy Braxton

Quincy Braxton is an African American Attorney that specializes in teh field of adoptions. He is located in San Diego California and works with families nationwide