PUNTA ARENAS, Chile, October 17, 2017 (Newswire.com) - ​Nova Austral's Sixty South®, the first and only premium salmon raised in the rare and icy cold waters of the Antarctic, has been recognized as “Good Alternative” by the Monterey Bay Aquarium Seafood Watch® program.

The pristine conditions found in the extreme south have allowed us to completely eliminate the use of antibiotics and give our salmon quality characteristics that chefs typically expect from European fish.

Sixty South® was able to achieve a final score of 5.42 points (out of 10), which places the brand among the highest rated farmed Atlantic salmon in the guide.

“We are proud to see our efforts validated by such an important organization, and the honor reinforces our commitment to raising salmon to the highest sustainability standards while protecting the places where we live and work.” Nicos Nicolaides, CEO, Sixty South

Sixty South® Salmon is raised inside the Alberto de Agostini National Park in Tierra del Fuego. A region located over 1,500km away from any major city, considered to have some of the purest waters on earth, and enjoying water temperatures close to freezing for most of the year.

“The pristine conditions found in the extreme south have allowed us to completely eliminate the use of antibiotics and give our salmon quality characteristics that chefs typically expect from European fish.“ Alex Malaguti, Direct of Sales - USA Business Development.

“Seafood Watch, our partners, the public and other sustainability organizations that rely on our recommendations are pleased to see the growing trend of farmed salmon receiving our Good Alternative rating. We hope that the Sixty South will build upon its success and continue towards sustainability and a green Best Choice recommendation.” –Ryan Bigelow, Program Engagement Manager, Seafood Watch

The name ‘Sixty South’ stems from the farm’s waters of origin – pure, untouched, and icy cold waters from the Antarctic born at 60 degrees south latitude and beyond. The brand’s extreme south location provides sustainable conditions for raising salmon at the highest standards and with a superior flavour, texture and appearance.

Nova Austral, Sixty South’s parent company, is led by a team comprised of Norwegian and Chilean industry experts and it is owned by the equity funds Altor and Bain Capital. The company’s entire operations are located in the Magellan Region XII, over 2,500 km south from Santiago de Chile. The company has a world-class processing plant with 40,000 ton capacity capable of delivering fresh and frozen products worldwide. As the largest employer in Tierra del Fuego, Sixty South’s parent company has developed technical training programs and an ambitious housing program for the inhabitants of their community. Over $600,000 has been pledged to date. 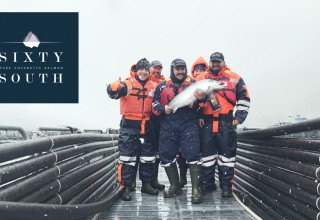 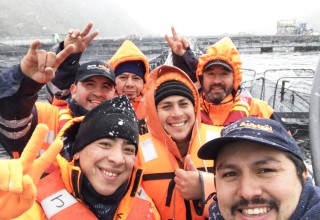 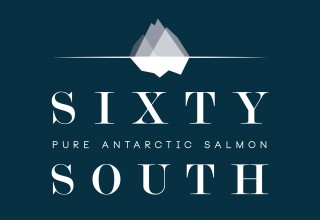 Nova Austral is a Chilean salmon farmer and processor, owned by the private equity companies Altor Fund III and Bain Capital. The company's entire operations are located in Chile's Region XII, in the Magallanes and Antarctic Region.