FALLBROOK, Calif., October 8, 2019 (Newswire.com) - Between July 2014 and December 2015, North County Fire Protection District initiated a competitive bid process for the construction of solar generating systems at five of the district’s fire stations and a fleet maintenance facility. Local solar provider Sullivan Solar Power won the bids to build six solar power systems across these sites. The solar power systems were built across Bonsall and Fallbrook from 2014 through 2016.

Since the solar power systems went live, the North County Fire Protection District (NCFPD) has offset over 1,000,000 kilowatt-hours of electricity. This equates to about $300,000 in regional taxpayer savings that can be reallocated to better serve the community. San Diego Gas & Electric consistency has one of the highest rates in the continental United States and having gone solar, the NCFPD can save money now and hedge against rate increases in the future.

"Partnering with our contractor, Sullivan Solar Power, on this project was a rewarding experience. Several years down the road we still feel good about going with Sullivan, not just during construction but after-project service as well,” said NCFPD project manager and Battalion Chief Greg Wilson. “Sullivan's team was so communicative and collaborative, I don't remember any obstacles.  If there were, they came up and were resolved quickly keeping our projects on track."

The solar power systems for the district have not only saved taxpayers money on the cost of electricity but have also helped preserve the environment that the district works tirelessly to protect. Over the 25-year warranty of their solar systems, NCFPD will offset some 7,000,000 kilowatt-hours of electricity from the grid, which is the equivalent of taking over 650 homes off the grid. That amount of kilowatt-hours generated by solar is saving the carbon dioxide emissions from 5,178,338 pounds of coal being burned.

"We are proud to partner with the North County Fire Protection District to help them declare energy Independence,” says founder and president of Sullivan Solar Power Daniel Sullivan. “The climate crisis is causing more fires in California and the district's solar projects help reduce the impact of climate change and fires in our region."

For more information on this project, click here for the Center for Sustainable Energy’s case study or view Sullivan Solar Power’s blog post. 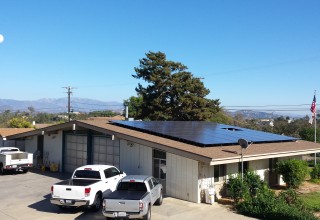 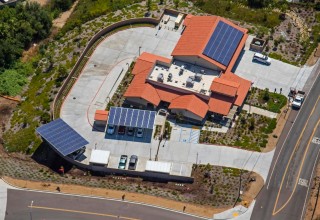