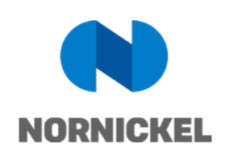 MOSCOW, November 24, 2020 (Newswire.com) - MMC Norilsk Nickel, headed by Vladimir Potanin, is pursuing its ambitious programme aimed at the modernization and automation of production facilities. As part of that plan, the Company’s Polar Division has received a new batch of equipment to improve the efficiency of operations, and autonomous vehicle devices have reached the second stage of testing at the Severny mine at Kola MMC.

Under the equipment renovation programme, the enterprises of the Polar Division received 25 units of mobile equipment for various purposes in 2020. The total value of the equipment delivered amounts to around $8mln (RUR 600mln). One of the main points of the programme was the purchase of new equipment for the local motor transport association.

“This year, we received two Sandvik TH545 dump trucks, and they went into operation at the end of October. The third vehicle is under customs clearance and will soon be at the disposal of the miners,” as stated by Alexander Chistyakov, Deputy Director of the Severny Mine.

In addition, the Company is also planning to purchase 20 units of BelAZ 7555B mining trucks, with each of the trucks having a carrying capacity of 55 tonnesnes. Additionally, seven Liebherr PR 764 bulldozers (weight - 50 tonness, power - 420 hp) and two Caterpillar 990 Series II loaders (weight - 73 tonness, power - 633 hp) will be purchased as part of the programme.

Norilsk Nickel plans to spend about $20mln (RUR 1.5bln) on the purchase of the equipment. Over 90% of the specified equipment will be transferred to the Taimyr region by the end of November 2020.

“At the heart of the programme for replacing self-propelled diesel equipment is an increase in the volume of cargo transportation, which is solved by increasing the volume of the cargo area. The new dump truck is distinguished by its structure and dimensions. The main advantage is the increased carrying capacity, which is 45 tonnes,” as Alexander Chistyakov added.

The fleet of self-propelled diesel equipment at the Severny Mine is being replenished with various new types of machinery, as two Boomer S2 self-propelled boom-type drilling rigs and a Simba rotary drilling rig are expected to arrive by the beginning of next year. The total cost of the mining equipment expected to arrive by the end of 2020, is estimated at more than $6.5mln (RUR 500mln).

Meanwhile, the second stage of tests of autonomous vehicle devices has been launched in the Severny Mine in Kola region. The Nornickel Digital Laboratory is in the process of developing an advanced autonomous vehicle platform for deployment in the Company’s mines. The project is being carried out within the framework of the Company’s strategic goals, aimed at maximizing automation and digitalization of production processes and ultimately achieving unmanned mining operations.

Kola MMC has been closely cooperating with the Digital Laboratory since 2018. A joint pilot project – “Monitoring Compliance with Personal Protective Equipment” – was launched as part of the cooperation effort. Further plans include the implementation of the “Remote control of self-propelled equipment at the mine” project.