Nornickel CEO Vladimir Potanin to President Putin: The Fuel Spill in Norilsk is Localized and the Company Will Cover the Clean Up Expenses 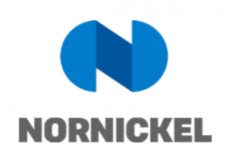 NORILSK, Russia, June 8, 2020 (Newswire.com) - ​​In a frank conversation over a televised videoconference, Vladimir Potanin, Russia’s leading metal and mining industrialist, updated Russia’s president Putin on the vast scale of the clean-up effort he is putting forward to minimize the consequences of the diesel fuel spill.

Speaking directly from Norilsk, where a large fuel tank suddenly sank due to the permafrost thaw and spilled 21 thousand of tons of diesel, Mr. Potanin said: “The Company has mobilized the best talent and specialists and all resources needed to eliminate the consequences of this spill. The Company will fully finance the clean-up operation and bring the ecosystem back to its normal state. I am telling you this not as a businessman, but simply as a person who is taking this to heart: we will cover this, no matter the cost.”

The company is working 24/7, aided by the “polar day” – a summertime condition where the sun never goes beyond the horizon – and dozens of emergency and rescue providers from all across Russia. “The fuel leak has been localized. We have laid multiple booms and stopped the spill from spreading further down the river. Our goal now is to collect the oil products,” said Yevgeny Zinichev, Minister for Emergency situations during the meeting.

To date, the clean-up effort underway has some 23 km2 of land treated with special sorbent, some 939 m3 of water and diesel mix collected from the surface of Ambarnaya river. According to Vladimir Potanin, the Company delivered extraction equipment and a total of 16 thousand tons of containers to the site to gather up all the fuel that had leaked into the water system. Storage facilities with a capacity of over 100 thousand tonnes have been prepared for contaminated soil.

Federal agencies overseeing and participating in the cleanup effort include Ministry for Emergency situations, Rosprirodnadzor, Marine Rescue Service, as well as other industry experts have concluded that it is the thawing of the permafrost under the base of the diesel storage reservoir which held 21 thousand tons of diesel fuel, that resulted in its loss of integrity and the consequent spillage. MMC Norilsk Nickel owns the parent company of the thermal power plant in Norilsk, where emergency diesel volumes are kept to ensure an uninterrupted supply of heat and electricity to the population of this city in the Russian Far North.

About MMC “Norilsk Nickel”, “Nornickel” or the “Company.”

MMC Norilsk Nickel is a diversified mining and metallurgical company, world’s largest producer of palladium, high-grade nickel, and a major producer of platinum and copper; it also produces cobalt, rhodium, silver, gold, iridium, ruthenium, selenium, tellurium, sulphur and other products. Nornickel shares are listed on the Moscow and Saint Petersburg Stock Exchanges; ADRs are traded over the counter in the U.S. and on the London, Berlin and Frankfurt Stock Exchanges.