Other awards granted to youth-led startups from Kenya, UK and Malaysia that are dedicated to solve food security.

RIO DE JANEIRO, July 31, 2018 (Newswire.com) - The Thought For Food (TFF) Foundation announces the winning teams of its annual global competition, the Thought For Food Challenge, which were announced on July 27th at the TFF Summit in Rio de Janeiro, Brazil:

TFF Grand Prize: Nigerian team Coating+ were selected as the Grand Prize winners, receiving a cash prize of $10,000 USD. Led by biochemists Albert Kure, Basheer Balogun, Lukman Abdulwahab and Suleiman Alakanse, the team has developed a safe coating for fresh foods that extends their shelf life while also providing hard-to-access micronutrients to help tackle hidden hunger. When food is coated with their chitosan/soy protein-based product, fresh produce has been shown to retain its quality for up to three times longer in laboratory trials. Coating+ is currently undergoing regulatory approval for their product, and are ramping up production capabilities with a leading global nutrition company.

TFF Runner-Up Prize: Kenyan team Safi Organics won the Runner-Up Prize of $5,000 USD. Joyce Kamande, Kevin Kung and Samuel Rigu have developed a decentralized organic fertilizer production system and proprietary biochar formula that increases yields by up to 30% while correcting soil acidity. They have conducted over 20 field tests and have made $15,000 in sales to date, leveraging intellectual property from MIT. The team is beginning to scale up sales and production capabilities, securing key distribution and training partners.

The TFF teams were evaluated based on their potential for positive social and environmental impact, as well as the scientific and business feasibility of their ideas. The panel of judges which selected the 2018 winners included Cristianne Close (WWF), Teddy Onserio (Open Society Foundation), Peleg Chevion (Blendhub), and Darío Gonzales (Cultivando Futuro).

Kirchner Food Prize: Team AEROPOWDER, founded by Ryan Robinson and Elena Dieckmann from the United Kingdom won the $5,000 USD Kirchner Food Prize, awarded by the Kirchner Food Fellowship for the project that represents the most impact investment potential. AEROPOWDER has developed a proprietary manufacturing process in which they upcycle surplus poultry feathers into insulation materials that can be used to transport food.

Borlaug “Take it to the Farmer” Prize: SunRice, a team based out of UK and Malaysia, took home the $2,500 USD Borlaug Prize, which is awarded to a team that carries out the legacy of the late Norman Borlaug legacy by helping farmers in developing countries access important technologies. This team has created a unique, community-owned grain drying and processing service for rural villages. Their service allows smallholder farmers to dry more rice in a more efficient manner, increasing their annual yields and income. The team is currently implementing their first trial in Northern Myanmar and has a partnership with the International Rice Research Institute.

These are only a few of the amazing, next generation led companies which were represented at the TFF Summit, where the 10 TFF Challenge Finalist teams that completed the TFF Startup Bootcamp pitched live on stage. In addition, the TFF Summit, which took place at the Museum of Tomorrow, featured a “pop-up” pitch room where Brazilian startups were showcased, as well as inspiring keynotes, a VR art installation, a live drumming and Samba performance, and a morning rave.

Christine Gould, Founder & CEO of Thought For Food said: “The 2018 TFF Challenge Finalists and the selected prize winners have exceeded our expectations in terms of the cutting-edge science and innovation power that the next generation represents to transform our food system. We are excited to continue empowering and supporting these young leaders on their quest to achieve global food and nutrition security through purpose-driven business and open and collaborative innovation approaches.” 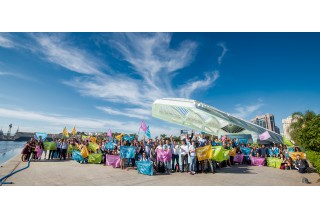 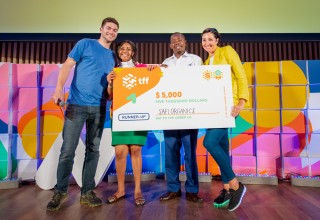 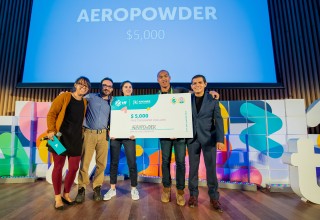 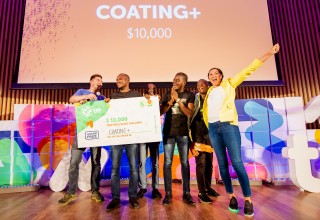 About Thought For Food Foundation

Thought For Food is the leading global organization to engage, empower and support the next generation to solve food and agriculture's biggest challenges. They help build talent, develop new innovations and raise the reputation of the industry. 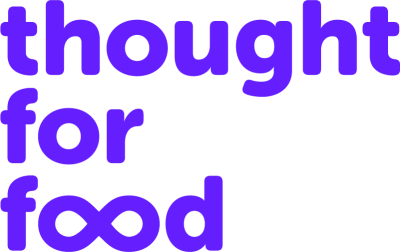 Mark Your Calendar: The 2019/2020 Thought For Food Challenge to Launch on October 16
On World Food Day, you can sign up to take part in the leading food and agriculture-focused innovation competition and develop breakthrough solutions for a more sustainable and inclusive food system.
Thought For Food Foundation - Jul 31, 2019