Nick Cannon: 'Wildin' All Over the Place

NEW YORK, NY, August 15, 2017 (Newswire.com) - As one of the highest rated series on MTV, “Wild ‘N Out” is known to deliver shows packed with humor and plenty of surprises – and Nick Cannon Presents: Wild 'N Out Live! should be no exception. This September, Nick Cannon has teamed up with Comedian Rip Micheals to produce the wildest tour ever as they leave the screen and head to the streets, to perform live in their fans’ hometowns.

After ten years, we are bringing the fans something that they've asked for and it can't be experienced through a television. It's going to be live, interactive and most of all 'Ncredible!'

Creator of Wild 'N Out

“After 10 years, we are bringing the fans something that they've asked for and it can't be experienced through a television. It's going to be live, interactive and most of all 'Ncredible!'” expressed Nick Cannon, creator of "Wild 'N Out."

No two shows are ever the same with this unpredictable ensemble, from hilarious stand-up comedy to inviting fans on stage to go head-to-head in games that makes "Wild 'N Out" famous. In addition, fans can expect a musical performance always closing the show.

In order to make the tour accessible for all, tickets start at $30, plus applicable service charges. More information regarding Nick Cannon Presents: Wild ‘N Out Live! is available at www.wildnoutlive.com.

-- additional cities to be announced

About Wild ‘N Out
For over a decade, Nick Cannon and his Wild 'N Out cast have been groundbreaking in comedy. The Wild 'N Out franchise has curated one of the most impressive arsenals of comedians and entertainers in the game. Comedy superstars Mike Epps, Kevin Hart, Kat Williams, DeRay Davis all started out as "Wild 'N Out" cast members. 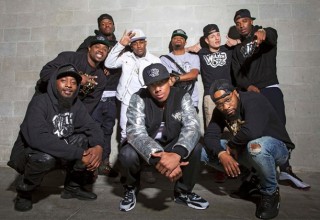 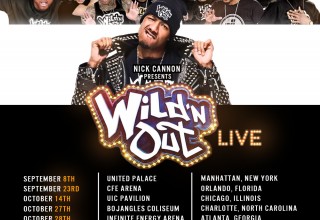