NextGen Prospect Has Launched a Strategic Partnership With PFF

FAIRPORT, N.Y., September 30, 2022 (Newswire.com) - NextGen Prospect, a cutting-edge sports data visualization and roster management solution, has partnered with PFF to provide stakeholders across the collegiate and professional football landscape a dynamic, user-friendly interface allowing teams to customize their roster, scouting and recruiting data in a way that meets their own unique demands.

"We've seen PFF's team product first hand through our work with the Reese's Senior Bowl," said Marc Vitticore, Founder of NextGen Prospect. "We were blown away by the immersive analytics, powerful insights and ease of use. The PFF Ultimate Package is truly game changing. We are thrilled to include PFF data within our Roster Management platform."

"The integration of PFF data will allow NextGen Prospect to quickly provide critical data that staffs across the country are utilizing every day," said Rick Drummond, GM of Football at PFF.

NextGen offers proprietary front-end software that helps users win, both on the playing field and the recruiting trail, and will allow PFF clients to bring data to life like never before.

"We believe this partnership represents a watershed moment for the industry. The response from our existing clients has been tremendous," added Vitticore. "Most importantly, we believe in the people behind PFF and we are genuinely excited about our collaboration."

"Throughout our talks with NextGen Prospect, we were impressed with the functionality and depth of customization that goes into their dashboards," said Drummond. "The flexibility to shape each program's interface to match what their users want and need provides increased efficiencies to scouting, roster building and beyond."

Headquartered in Cincinnati, PFF was launched in 2007 and gained majority interest from former NFL player and award-winning broadcaster Cris Collinsworth in 2014.

Over the last 16 years, PFF has built the world's most comprehensive football database, covering every player on every play of every game for the NFL, FBS and FCS. Their data and tools are trusted by all 32 NFL teams, 120 FBS teams, 29 FCS teams in addition to professional leagues such as the CFL, USFL & XFL. PFF's services are also used by TV networks, player agencies and video game companies, just to name a few.

Headquartered in Fairport, NY, NextGen Prospect was launched in 2020 and has quickly built a client base of major college football and professional football teams.

Built on collaboration and innovation, NextGen Prospect engineers powerful solutions for teams to manage their evolving roster needs. Teams can view, filter and sort the NextGen Scouting Database, create their own custom boards for internal use within the same technology utilized by the Reese's Senior Bowl, the SEC, XFL and beyond. 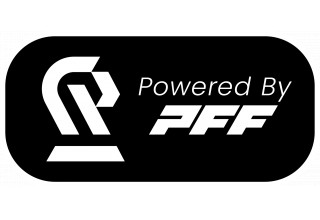 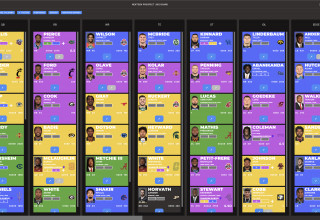 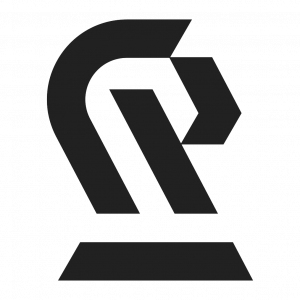