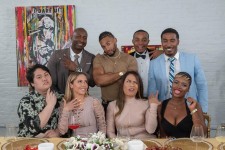 NEW YORK, October 10, 2018 (Newswire.com) - Creator and Executive Producer Alain Sajous of A Creative Productions came up with the interesting idea to create “8 At The Table,” a new web series where eight people from all different walks of life get together to discuss topics pertaining to love, sex and relationships. The show is now in its second season and airs every Tuesday at 8 p.m. (EST) on Facebook and YouTube.

“I created the show because there was a void where people need to have the opportunity to discuss their relationship issues with others who may share different perspectives on the various topics selected,” states Sajous. “Some of the topics discussed are: ’Do you believe in soul mates?’ / ’How private is your love life?’ / ’Would you date a couple?’ and the topics can go on forever. Garnering massive views and engagement from the show’s Instagram page, it is evident that viewers and subscribers are hooked,” states Sajous.

Now into the show's second season, "8 At The Table" is doing extremely well. Collectively, the series has received well over 1 million views on Facebook. The show is a definite must-see.

Ranging in ages from 50 to 21, each cast member brings a different experience, demographic, and cultural belief to the table. “The conversations get heated, but at the end, everyone walks away with a different perspective on the topic,” states Sajous.

Now into the show’s second season, “8 At The Table” is doing extremely well. “Collectively, the series has received well over 1 million views on Facebook,” states, Lynn Hobson, Co-Executive Producer for the series. “The show is a definite must-see.”

“The show is intriguing, informational, and hilarious. Some of the things that come out of our cast members’ mouths are jaw-dropping,” states Producer Elijah “Emazing” Smith. “Every time we film an episode, I personally walk away with a new angle on the topics.”

For more information on “8 At The Table,” feel free to reach out to check them out on Facebook and/or YouTube or contact Lynn Hobson at (347) 385-4092.  www.YouTube.com/8AtTheTable 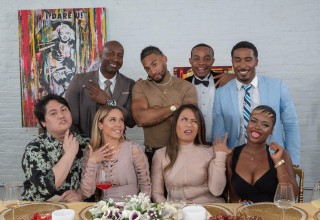 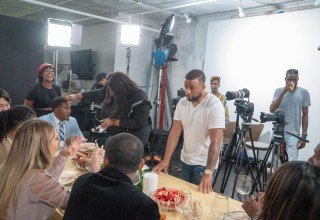 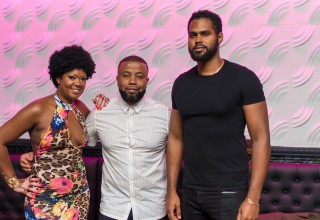 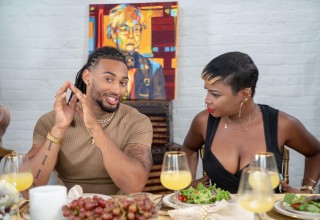 We are a boutique production company that specialized in creating original content. Our first show, "8 At The Table" is doing extremely well on Facebook and Youtube.

New Web Series, '8 at the Table,' by a Creative Productions is a Thought Provoking Hit!
Platformed on Facebook & Youtube, this show is what the net's been missing.
AEON PRODUCTIONS, LLC - Oct 23, 2018
Newswire