New Research From Hub: As the Pandemic Persists, the Internet is Playing an Even More Dominant Role in How Americans Consume Entertainment 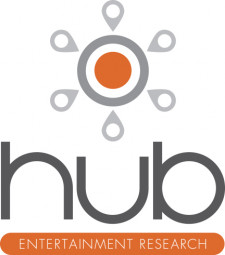 BOSTON, December 10, 2020 (Newswire.com) - Hub's "Predicting the Pandemic" research tracks the impact of the COVID crisis on consumers' entertainment habits and preferences over time.

The second, just-released wave of the study shows how the pandemic has accelerated the already well-established shift to online consumption of entertainment content across multiple facets of the leisure economy.

As many Americans moved indoors for the fall, large proportions took the opportunity to reconfigure their TV service subscriptions.

The top four streaming services saw the strongest net increases among those who either added or dropped, by far.

As many Americans wrestle with pandemic-prompted financial concerns, use of free, ad-supported TV platforms (AVODs) has continued to accelerate, including the newly launched, free version of Peacock.

With many films skipping theatrical release due to COVID, consumer purchase of first-run movies from streaming platforms has jumped significantly.

The growing reliance on all things digital has had an impact on more than just consumers' use of TV streaming services.

One area where we haven't seen much movement—yet—is in consumers upgrading their internet service to manage greater bandwidth needs.

"If there were any doubts that some of the changes we're seeing in leisure habits are here to stay, those doubts were erased when Warner Bros. announced that its entire slate of 2021 films would be released on HBO Max at the same time as theaters," said Peter Fondulas, principal at Hub and co-author of the study. "And with providers like Comcast deciding to impose data caps across its entire footprint as of January 1, it's clear that many companies agree that streaming content is now the new normal."

The data cited here come from the second wave of Hub's "Predicting the Pandemic" study, conducted among 3,000 US consumers, age 14-74, who watch at least 1 hour of TV per week. The data were collected in October and November, 2020. Access an excerpt of the study at www.hubresearchllc.com

Big Noise PR works with clients in the world of entertainment, whether it is television, online video, digital media or publishing.

Fashion Meets Engineering With the Introduction of Goldieblox's New Construction Toys
The Line is a Collaboration of GoldieBlox and Flexo
Big Noise PR - Nov 12, 2020
Newswire