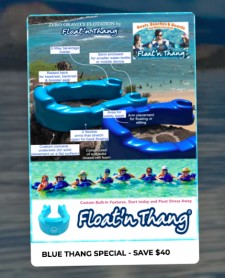 GOODYEAR, Ariz., March 27, 2020 (Newswire.com) - ​​​​​​​Study after study has shown the many benefits of aquatic therapy, both physically and mentally. With the help of the Float'n Thang®, a new flotation device distributed by Sunshine Innovations, many individuals with special needs can now easily float independently.

As many individuals around the country are currently confined to their homes, we need only take a moment to realize that there’s a population of people who are confined to their wheelchairs or bed permanently. Even the healthiest athletes are now confined inside during this virus outbreak. However, there is now hope for everyone to experience an outside fun activity as the summer season is just around the corner.

Hear what Michelle Campuzano of Arizona, an advocate for inclusion, has to say:

“My son David is a bright-eyed boy with special needs. I love seeing him enjoy activities that will get him out of the wheelchair.”

David was born with multiple disabilities, both intellectually and physically, including epilepsy and cerebral palsy. As anyone can imagine, with David's physical limitations, it can be challenging to find accessible activities. Water-related activities are one of his favorites.

“In the past, typical flotation devices were either too small or too large for David to float in comfortably. Additionally, with these devices, it was mandatory for me to hold onto him constantly, to prevent him from tipping forward.”

With Float'n Thang, there is no inflation needed. It’s lightweight (less than 3 lbs). durably constructed of solid closed-cell foam and built to last.

“In less than 60 seconds, I can have David floating independently with me in the pool. And, for the first time, my hands are free! Of course, I’m still right by his side, floating on my own,” said Michelle.

“We now have an effective device that will allow and assist many individuals who might never have had the capability of learning how to swim, due to a disability,” said Pete Cabrera, co-owner. “They feel included in the fun and float just like anyone else.

Maintain proper supervision in the water.

Doug Masi, the inventor of the Float’n Thang, states,“Every aspect of this device was thought out in advance with specificity. The ability to have a device that acts as a headrest or backrest while at the beach, or just resting on your paddleboard, is useful. It's also readily available to toss in the event someone might be struggling in the water. The device can float someone up to 300 lbs."

Last summer, the Float’n Thang® was published in several leading magazines, such as “Pontoon & Deck Boat Magazine” (rated 91 out of 100 for innovative boating accessories);  “LiveAbility Magazine,” which is distributed to the special needs and disabled community across the country; and “Lakeland Boating Magazine,” which called the Float’n Thang “The MacGyver of Flotation”; to name a few. 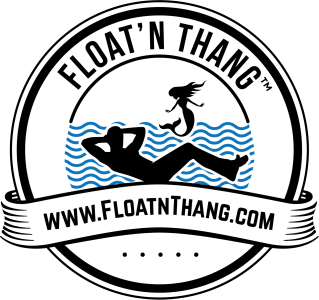 The FloatnThang Proves to Be a Hit at Lake Havasu Boatshow - USA "Quality" Made
The FloatnThang, a fun and unique multi-use floating device, experienced great success on its first day of public sales.
Sunshine Innovations LLC - May 4, 2017