Archeological dig further points to the city of Jesus' Apostles 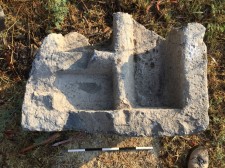 NEW YORK, July 30, 2018 (Newswire.com) - The Center for the Study of Ancient Judaism and Christian Origins and Nyack College announce the third season of excavations have been completed at Khirbet el-Araj (Beit ha-Bek) on the northern shore of the Sea of Galilee. New discoveries have come to light, which strengthens its identification with the ancient Jewish fishing village of Bethsaida. The city is mentioned in the New Testament as the home of the Apostles: Peter, Andrew and Philip.

The excavation is being conducted by the Institute for Galilean Archeology at Kinneret College, under the direction of Dr. Mordechai Aviam, in collaboration with the Center for the Study of Ancient Judaism and Dr. R. Steven Notley from Nyack College, New York, who serves as the excavation's academic director. This season hosted over 80 students and volunteers. Among the participants were faculty, staff and students from Nyack College, students from Kinneret College and others from the United States, Hong Kong and Brazil.

"The current excavations have demonstrated beyond any question that the site of el-Araj was settled in the Roman period and was not underwater as the archaeologists of et-Tell have claimed," shared Dr. R. Steven Notley of Nyack College. "Since our settlement is situated between et-Tell and the Sea of Galilee, we have strengthened our claim that el-Araj is the leading candidate for the fishing village of Bethsaida, home of the Apostles. Not only have we uncovered buildings and artifacts from this early period, we have unearthed more evidence from the later Byzantine church, which was reported by pilgrims to be built over the house of Peter and Andrew. Among this season's finds is a fascinating stone with smoothly carved niches that may have been a reliquary from the Byzantine church and preserved remains of the Apostles under the altar of the church."

Last year unearthed the first material evidence that the site was settled in the Roman period. The discovery challenged previous assumptions that the lake covered the entire area under two meters of water in the Roman period and that el-Araj was settled only later in the Byzantine period. Dr. Rami Arav has theorized that a lagoon extended inland to the vicinity of the Jordan Park, where he has excavated over the last 30 years attempting to identify Bethsaida with the site of et-Tell. However, the results of the current excavations have demonstrated that the lake did not extend inland to et-Tell, leaving el-Araj on the lakeshore and therefore the leading candidate for the site of Bethsaida-Julias.

This season, the previously excavated Roman stratum at el-Araj was expanded. The most important finds were from a newly excavated area about 50 meters east of the Roman bathhouse discovered last year. At a depth of three meters below the surface and 211 meters below sea level, remains of buildings from the Roman period were unearthed. These findings indicate that el-Araj was, in fact, a large settlement and not merely a single bathhouse on the shore of the lake as some have claimed.

Among other discoveries, the new area has also yielded many fragments from oil lamps, including a knife-pared Herodian oil lamp. This type of lamp was produced in Jerusalem from the days of the Second Temple period. It appears primarily in Jewish settlements and points to an early Jewish presence at el-Araj. In addition, red fresco fragments were found, indicating luxurious buildings of private or public space. Also, in several excavated areas, many lead weights for fishing nets were found. These are characteristic of the fishing communities surrounding the lake.

The excavated area where the Roman bathhouse was discovered last year was widened, finding many fired bricks, both square and hollow (tubuli) typical to Roman baths, fragments of marble and large chunks of mosaic reinforced with a thick layer of cement. A massive square-built structure was also unearthed, which could be part of the bathhouse. The assemblage of pottery and coins clearly date the settlement to the Roman period from the first century to the beginning of the fourth century CE.

After the abandonment of the settlement in the late Roman period, the site was covered by floods from the Jordan River and water streams east of el-Araj. In the Byzantine period, a building complex was erected that may have included a church. This is affirmed by architectural elements typical of a church that has been discovered at the site.

These finds correspond to the testimony of a Christian pilgrim by the name of Willibald who passed this area in 725 CE. He states that he visited a church at Bethsaida that stood over the house of Peter and Andrew. This is likely the church the team has found fragments of in the excavation. One unusual and interesting artifact was discovered this season. It was not found in situ but was in secondary usage as part of the Ottoman building that once stood on the site. It is a large block of basalt, weighing some 300 kgs. with three smoothly carved depressions. It might have been used as a reliquary in a church, perhaps the church described by Willibald. If so, it may have held the relics of the Apostles under the altar of the church.

The findings from the excavation continue to indicate that the water level of the Sea of Galilee in the New Testament period was much lower than previously thought, perhaps comparable to the level of today, approximately 215 meters below sea level, which some geologists have already suggested. In the next season, the excavators will deepen the excavated area exposing more layers from the Roman settlement and open additional areas to understand the extent of the settlement.

The El-Araj Excavations Project was made possible through the generous support of the Center for the Study of Ancient Judaism and Christian Origins, Nyack College, the Assemblies of God and HaDavar Yeshiva (Hong Kong).

Excavations will resume in 2019 from June 16 through July 11. For more information and to view images from the 2018 excavation season, visit our website at https://www.elarajexcavations.com/.

The Center for the Study of Ancient Judaism and Christian Origins (CS-AJCO) seeks to foster greater understanding of the cultural, linguistic and physical setting for Second Temple Judaism and nascent Christianity, the relationship of these faiths and their shared socio-religious milieu, and to support efforts that will make current research about these topics more widely available. Our programs and resources support scholarly endeavors with the intention of making current research available to underrepresented students, clergy and wider public audiences.

Source: Center for the Study of Ancient Judaism and Christian Origins 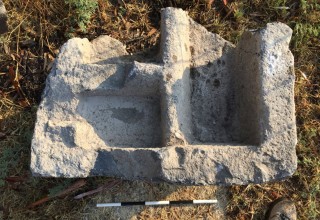 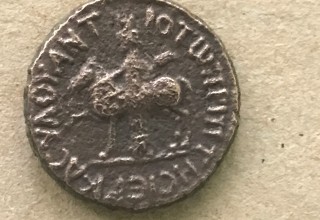 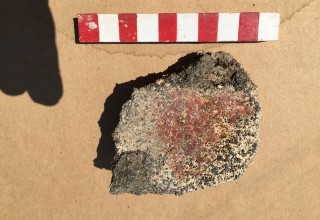 Has the Lost City of Jesus' Apostles Finally Been Found?
constanceldiggs@gmail.com - Aug 7, 2017
Newswire