Has the Lost City of Jesus' Apostles Finally Been Found?

NEW YORK, August 7, 2017 (Newswire.com) - Excavations this summer on the northeastern shore of the Sea of Galilee have uncovered what may be evidence of the ancient city, Bethsaida-Julias, home to three of Jesus' apostles: Peter, Andrew, and Philip (John 1:44; 12:21). It was also a location for Jesus' ministry (Mark 8:22), and is near the land where Luke's gospel reports the miracle of Jesus feeding five thousand people with only five loaves of bread and two fish (Luke 9:10-17).

The excavations were conducted under the auspices of the Kinneret Institute for Galilean Archaeology at Kinneret College (Israel), and directed by Dr. Mordechai Aviam together with Dr. R. Steven Notley from Nyack College (New York), who is the excavation's academic director. Students and faculty from Nyack College joined volunteers from the U.S. and Hong Kong to excavate for two weeks in July.

Because of its importance in Christian tradition, scholars have tried to identify the site. Historical sources suggest that it was located near the Jordan River, in the large valley between Galilee and the Golan Heights. For the last 30 years, popular opinion identified Bethsaida with the site of et-Tel where archaeologists found settlement in the late Hellenistic (2nd cent. BCE) and Roman periods (1st-2nd cent. CE), including two private houses. However, traces of the Greco-Roman developments reported by historical reports are lacking. Now evidence has been discovered indicating that Bethsaida-Julias was located at another site, El Araj in the nature reserve of the Beteiha Valley on the shore of the Sea of Galilee.

Flavius Josephus, the first century historian tells us that in 31 CE, Herod Philip, son of Herod the Great, transformed the Jewish fishing village of Bethsaida on the Kinneret Lake (Sea of Galilee) into a Greco-Roman polis (Ant. 18:28). As governor of the region, he renamed the city Julias, after Julia Augusta (née Livia Drusilla), mother of Roman Emperor Tiberius. Decades later, Josephus himself was responsible for fortifying the city's defenses in preparation for the Jewish Revolt against Rome (66-70 CE). In 68 CE he was wounded in battle on the swampy marshlands near Julias (Life 399-403).

The Byzantine (4th-7th centuries CE) and Roman (1st-3rd centuries CE) period remains both point to el-Araj as the site of the city of Bethsaida-Julias. Under the Byzantine floor of a structure discovered during the first season were 30 coins that date to the 5th century CE. It is possible that these walls are the remains of a monastery which was built around a church. Combined with the many gilded glass tesserae (stone or glass cubes that are used for mosaics) that were found in the first and second season, they indicate the existence of a wealthy and important church. A Byzantine eyewitness, Willibald, the bishop of Eichstätt in Bavaria, visited the Holy Land in 725 CE, and describes a visit to a church at Bethsaida that was built over the house of Peter and Andrew. It may be that the current excavations have unearthed remains from that church.

Roman pottery that dates between the 1st - 3rd centuries was uncovered under the Byzantine level. A bronze coin of the late 2nd century CE and a beautiful silver denarius of the emperor Nero from the year 65-66 CE that reads "Nero, Caesar Augustus" were also found. This alone could disprove speculation that there was no human presence at el-Araj in the Roman period. Furthermore, a Roman wall was discovered at a depth nearly 693 feet (211.16m) below sea level. Adjacent to this wall was a large portion of mosaic flooring with a white and black meander pattern still attached to its original plaster and similar to other mosaics known from first-century sites around the lake. Along with the discovery of clay bricks and ceramic vents (tubuli), which are typical to Roman bathhouses, these finds are evidence of urbanization.

Another important contribution from this season is the elevation of the remains. Most scholars agree today, following the excavators of Magdala that the level of the lake was 209 meters below sea level, and so they assume that the site of el-Araj was under water until the Byzantine period.

The current excavations have demonstrated that the level of the lake was much lower than previously thought, and el-Araj most certainly was not under water in the first century CE. Two geologists, Professor Noam Greenbaum from Haifa University and Dr. Nati Bergman from the Yigal Alon Kinneret Limnological Laboratory, studied the layers of the site and pointed out that there are layers of soil which indicate that the site was covered with mud and clay that were carried by the Jordan River in the late Roman period, and which corresponds to a gap in material remains from about 250 CE to 350 CE, but in the Byzantine period, the site was resettled.

The El-Araj Excavations Project was made possible through the generous support of the Center for the Study of Ancient Judaism and Christian Origins, Nyack College, the Assemblies of God, and HaDavar Yeshiva (Hong Kong).

The excavations will continue next year, June 17-July 12, 2018 with the expectation to uncover more evidence for the Roman period settlement and the lost city of Jesus' apostles!

The Center for the Study of Ancient Judaism and Christian Origins (CS-AJCO) seeks to foster greater understanding of the cultural, linguistic and physical setting for Second Temple Judaism and nascent Christianity, the relationship of these faiths and their shared socio-religious milieu, and to support efforts that will make current research about these topics more widely available.

Our programs and resources support scholarly endeavors with the intention of making current research available to underrepresented students, clergy and wider public audiences.

Source: The Center for the Study of Ancient Judaism and Christian Origins 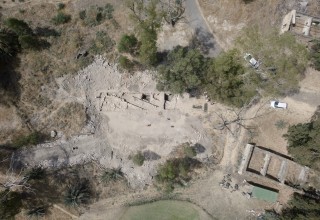 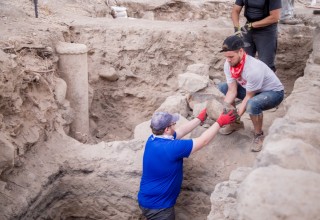 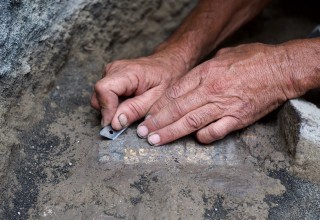 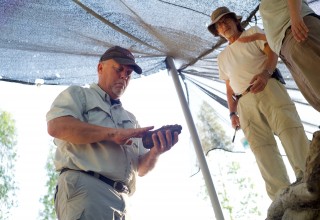