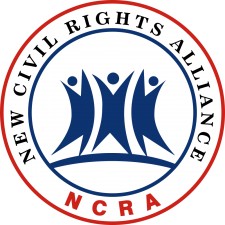 Entertainment pieces such as “Meet the Flockers” represent the Cultural Violence (seen in a variant of hip hop culture) that has become a root cause of Direct Violence. Historically, Hitler’s promotion of cultural violence against Jews caused the direct violence leading to the Holocaust. Today in America, Cultural Violence desensitizes the devastating effects of hateful behaviors. It motivates the commitment of heinous actions through entertainment for commercial profit, which, in turn, have directly contributed to the high crime rates in this great Nation.

After 50 years of the Civil Rights movement, the discrimination is prohibited by law. However it failed to build a true equality for all individuals and true respect for each other at the cultural level. It also did not alleviate poverty in the inner city that is the breeding ground for problems such as crime. We did not address the cultural violence explicitly that continues to plague our society.  A new civil rights movement is needed to build a new culture of civility, respect, and personal responsibility. Every individual should be treated with respect and not to be discriminated against, patronized, pandered to, or taken advantage of for political gain.  Every individual should also be held accountable, while being respected, for their actions, regardless of their racial background.  We should embrace great cultural values from all diverse racial groups but strongly denounce the ugly side of the cultural aspects that promote crime and heinous bias against each other.

Join us — the African American, Latino, White, and Asian American communities — on October 12, 2016, 7:00 PM, for a peaceful protest against Cultural Violence when rapper YG has a concert in the Washington, DC area at The Fillmore in Silver Spring, Maryland. We will also protest at YG’s other concerts in Philadelphia, New York, and Boston and other cities throughout the month of October. Our voice against cultural violence will be heard. It will be a long journey. Together, we will prevail!

If you would like to schedule an interview with Mr. Cliff Zhonggang Li, Secretary General of the New Civil RIghts Alliance (NCRA), please call NCRA direct at 954-233-0672 x 527 or email us at cliff.li@NewCR.org.