Neutrinovoltaic Technology is Opening Up the Future of Sustainable Energy 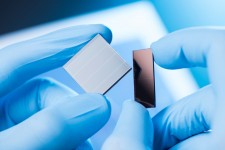 BERLIN, August 21, 2019 (Newswire.com) - The Neutrino Energy Group cooperates with a worldwide team of scientists and various international research centers, which deal with application research, the conversion of invisible radiation spectra of the sun, among other things the neutrinos (high-energy particles, which ceaselessly reach the earth) in electric power.

During the last decade or so, consumers around the world have been encouraged to install solar panels on top of their houses. In certain climates, these rooftop photovoltaic installations can more than cover the electrical needs of an individual home, and many solar-equipped houses feature photovoltaic systems that wire directly into the grid. At times when the home has excess solar-generated electricity left over, this energy feeds back into the grid and helps out with the electricity needs of other energy company customers.

Rooftop Solar Panels Feed Back into the Grid

The idea of selling your photovoltaic electricity back to your energy company is laudable. While you might have decided to equip your house with solar panels, most homeowners in your area still make do with coal-generated power, and contributing photovoltaic-derived electricity to the grid helps you do more than your part. There's also something uniquely satisfying about taking a check from a power company you've been paying for years or even decades.

Compensation for Excess Energy Is Complicated

At the same time, however, these electricity buy-back schemes aren't perfect. In the end, selling your excess solar-generated energy to your power company might actually raise rates for your entire community, a recent article in Inside Sources explains. The details get somewhat complicated, so buckle up, and let's proceed.

Consumers End up Bearing the Brunt

As part of the incentives provided to homeowners who equip their houses with solar panels, these energy customers are often offered the full retail rate of electricity in their area. These retail rates don't just include the cost of the electricity itself; they also cover the costs of transporting and delivering electrical energy.

These small costs are essentially doubled, which reduces the profit margins of the energy company. To deal with these reduced profits, energy companies usually pass on the added costs of buying solar-generated electricity from homeowners to consumers in the form of rate increases. If your current rate for electricity is $0.08 per kWh, for instance, this rate might raise to $0.09 if there are a lot of homes feeding solar energy back into the grid in your area.

Decentralized Energy Is the Answer

This inefficient design wastes untold kilowatts of electrical energy every year, and it also inadvertently leads to increased energy costs in areas that make significant use of rooftop solar arrays. If there wasn't a cost to transport energy in the first place, there would be no need for energy companies to include this cost in the retail price offered to grid-connected homeowners who generate excess solar power, which means that consumers wouldn't be forced to bear the brunt of the costs created by this duplication of charges.

What's needed in this situation is a form of energy that's both sustainable and decentralized. If transporting electrical energy is a problem, why not have everyone generate it in their own homes? Equipping each home with photovoltaic panels appears to be one solution, but most climates aren't sunny enough for homes to generate all the electricity they need with solar panels throughout the year. Even in places where it's sunny and clear in the summer, winter-time weather conditions and shorter days render photovoltaic technology practically useless.

Neutrinovoltaic Technology Is Opening up the Future of Sustainable Energy

It simply isn't feasible to equip every home in the world with solar panels, and if only some homes contribute to the grid with their solar-generated electricity, consumers will continue to be forced to absorb the costs associated with renewable energy incentives. There's a new energy technology, however, that can operate anywhere during any part of the year and power every home on the planet.

The 2015 discovery that neutrinos have mass opened up a whole new era of neutrinovoltaic research. It turns out that the impact of these invisible particles can be used to generate electricity, and practical levels of electrical energy have already been generated with neutrinovoltaic technology in laboratory settings.

Within a few short years, consumer-level neutrinovoltaic technology will hit the market, and the next generation of smartphones, tablets, and laptops will be self-powered with the endless electrical potential of neutrinos. From there, appliances, cars, and even entire households will be capable of running on this form of decentralized, ubiquitous power that puts other traditional energy options to shame.

More About the Neutrino Energy Group

Led by CEO Holger Thorsten Schubart, the Neutrino Energy Group is a partnership of American and German neutrino energy innovators and researchers. With the help of prominent universities, this group of neutrinovoltaic pioneers is bringing together the best minds that the academic and engineering world has to offer to solve today's most pressing energy problems. According to Schubart, renewable, universally-accessible energy is the key to humanity's future, and the Neutrino Energy Group is laying the foundations for the coming age of truly free energy.