The discovery that changed everything 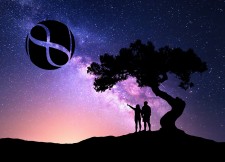 BERLIN, October 4, 2019 (Newswire.com) - The term "free energy" gets bandied around a lot these days, but nobody seems to know what it means. Some people think that free energy technologies recovered from crashed UFOs have been hidden from the public for decades, and others swear that Nikola Tesla created a working free energy device only to have his ambitions foiled by oil-loving robber barons.

Whatever the case may be historically, the fact remains that our current energy system is anything but free. Fossil fuels come at a great cost, and most renewable energy technologies have spotty efficiency and viability. The human race is facing an energy crisis, and just as we have at every turning point in history, we've finally found the tools we need to overcome our current predicament.

Energy can neither be created nor destroyed

Viewed on the whole, it's clear that none of the energy in our universe can be made or taken away. Like the blood flowing in our veins, energy flows through the universe, and while it can be transformed into other energetic forms, new energy cannot be made, and existing energy cannot be eliminated.

From a certain perspective, therefore, there's no such thing as "un-free" energy. The universe is, as far as we can tell, the ultimate closed system, which means that as long as sentient entities like human beings can identify the energy flows of the cosmos and determine how to exploit them, all the universe's energy is free for the taking.

Regardless of their philosophical status, fossil fuels cause serious harm to the planet. While this energy source has fueled incredible triumphs of industry and propelled humanity toward the stars, digging oil and coal out of the ground has turned out to be a mephistophelian bargain that we weren't prepared to make.

An infinite cosmos of particles

Vastly dwarfing our energy-production struggles down here on Earth are the cataclysmic clashes of energy constantly exploding into being all around us in the cosmos. According to the most-accepted models, solar energy is produced by nuclear fusion, and the universe is so completely filled with photons, X-rays, and yes, neutrinos, that calling all that vastness of space truly "empty" wouldn't be anywhere close to accurate.

Amid all the cosmic mishmash constantly unfolding around us, certain common themes make themselves apparent. For instance, every star in the known universe produces neutrinos, which are ethereal particles that our physical senses can't detect. With powerful instruments, however, human beings have been able to note the passing of neutrinos for decades, but it's only recently that we've begun to truly understand how these "ghost particles" will change the destiny of the human race forever.

The hunt for the elusive neutrino

Up until recently, the scientific orthodoxy boldly proclaimed that neutrinos had no mass. While E=mc2clearly indicates that everything that has energy also has mass, scientists were so befuddled by these unusual particles that they weren't sure if neutrinos had energy at all. In recent years, however, billions of dollars have suddenly started flowing into neutrino research, and it's rapidly become clear that the scientific community's interest in neutrinos is anything but purely academic.

Perhaps the walls of secrecy are finally starting to crumble down, or perhaps humanity has suddenly stumbled on free energy all by itself despite the interference of the fossil fuel status quo. We know how hard fossil fuel giants fought to shut down electric car manufacture in the 1990s, but we also now see Tesla rising to prominence within the international automotive market. Regardless of the political origins of the push to better understand neutrinos, this recent craze hasn't been without its concrete results.

How much does a neutrino weigh?

Just recently, the Karlsruhe Institute of Technology (KIT) announced that it has successfully determined the mass of a neutrino. Wait a minute, you say, aren't neutrinos supposed to be massless? To understand how much energy science has progressed in such a short time, let's turn back time slightly to 2015.

University of Tokyo physicist Takaaki Kajita and Canadian physics legend Arthur McDonald knew of each other, of course, but they weren't collaborating. Even so, both scientists stumbled on the secret of neutrinos at the same time, providing yet another piece of anecdotal evidence supporting the theory that a mass consciousness drives leaps of human ingenuity synchronistically around the globe.

What secret did Kajita and McDonald discover? That, contrary to popular opinion, neutrinos do, in fact, have mass. Despite the uproar that ensued, this discovery earned both men the Nobel Prize, and ever since, the world has been looking at the viability of neutrino energy technologies in a completely different light. Finally, humanity has been shown the door to the unlimited, clean energy that it has always dreamed of.

The discovery that changed everything

Think of each star as a pebble dropped in a cosmic pond. Rippling out from the point of impact is a wave of cosmic particles that continue on through the emptiness of space until they make contact with a physical body. The particles that our sun makes wash up on planetary shores millions of light-years away, and neutrinos that were created in the distant corners of the universe supplement those that the sun radiates toward us here on Earth.

Neutrinos will continue to be created as long as the universe exists, which means that these ghostly particles are an inexhaustible power source. No matter how long humanity explores the stars, we will never run out of neutrino energy, which begs the question: What other intelligent races might ply the stars, fueled by nothing more than the endless sea of cosmic particles that fills the universe like an invisible energetic symphony? One day soon, humanity may prove itself a species capable of shedding its reliance on conventional power sources by coming into harmony with the endless energetic potential spilling out of the universe on every side.

What is free energy, anyway?

What makes energy free? We've already covered how, from a certain point of view, all the energy in the universe is "free" since it can neither be created nor destroyed. At the same time, however, what do we mean when we say "free" in the context of energy? Is it possible for energy to be truly free?

No matter how limitless your energy supply may be, you still have to pour real-world value into making energy-generation technologies, and consumers have to pay for energy-generating devices. Plus, it's important to make sure we don't mix up the colloquial phrase, "free energy," with the strict meaning of this term in physics.

According to the laws of thermodynamics, free energy is the energy that's available for use at a given time. The laws of physics, therefore, indicate that it's impossible for the amount of available energy to be infinite. This fact makes it impossible for this physics-specific definition of "free energy" to ever match up with the dream of limitless available energy (within the context of human use) that has inspired inventors, engineers, and even artists for more than a century.

Free energy is anything but a "perpetual motion machine." Instead of trying to break the laws of physics, devices that produce clean neutrino energy do so in the most efficient manner possible. Since technological devices are needed to trap the energy of the universe, it's impossible for energy to be "free" from our common-sense mercantile standards. From the perspective of the infinite universe, however, all energy is free, and human beings gain consecutively more freedom the closer they align themselves with the natural energy flow of the cosmos.

Now that we know there's a limitless source of energy constantly showering the planet, it's time to develop the tools necessary to tap this power source. While it's true that having an oil derrick in your backyard isn't free energy and solar panels aren't all that much better, neutrino energy takes us one step closer to the perfect energetic harmony with the universe that will truly unlock the bounty of human potential.

By respecting the laws of physics but also holding faith in the limitless potential of humanity, the Neutrino Energy Group has succeeded in securing funding to develop consumer-level neutrinovoltaic devices. Using nanomaterials that conduct the kinetic energy of neutrino impact, Holger Schubart's brainchild has birthed a revolutionary technology that transforms the light-speed passage of neutrinos through everything we see into honest-to-goodness electricity.

Considering the fact that the scientific community was only recently forced to accept that neutrinos actually have mass, it's unsurprising that consumer-level neutrinovoltaic devices aren't available yet. It may take a full decade for neutrino energy technology to reach maturity, but in light of how long we have slaved away under the tyranny of fossil fuels, our liberation is so close that we can taste it.

Starting with the remarkable 2015 discovery that neutrinos have mass, experiments have been ceaselessly underway to crack the secrets of neutrino energy and deliver the starfaring golden age that humanity has anticipated for so long. Shortly after in 2017, researchers at the University of Chicago's neutrino department succeeded in generating electricity from captured neutrino mass, which proved once and for all that Holger Schubart hadn't been mistaken in forming the Neutrino Energy Group.

A clean energy legend is born

For years, Holger Schubart was forced to endure the scorn of his colleagues as he unflinchingly professed the energetic potential of neutrinos. Long dissatisfied with the current status of energy technology, Schubart was determined to unlock the secrets of neutrinos and save humanity from its oil-fueled self-destruction. In 2015, Holger finally started getting the recognition he deserved, but by then, he had already formed an organization that will go down in history books as being as influential on the evolution of human energy consumption as Standard Oil or Thomas Edison.

Composed of a coalition of scientists from around the world, the Neutrino Energy Group is a collaboration of German and American organizations that have decided to take the future in their hands and make widespread neutrinovoltaic technology practical. We have a limited amount of time before our unsustainable energy consumption practices severely curtail the growth potential of our species, and before that happens, we need to change course and start using energy technologies that afford proper respect to ourselves and the unknowable universe that birthed us.

Tomorrow is coming today with the Neutrino Energy Group

These neutrinovoltaic energy sources will be available in a variety of scales. Some will be small enough to fit inside the body of a smartphone, and others will be large enough to power entire homes or commercial properties.

It's fitting that our current dominant source of energy comes from dinosaurs. Like these behemoths of a bygone age, fossil fuels are doomed to extinction. Sooner or later, a new energy technology will supplant the reign of terror that these energy sources have inflicted on the world, and as long as we can keep the benefits we gained from this deal with the devil, we'll be none the worse for it.

The coming transition is critical, however. Fossil fuels have incubated the human race's true potential in a putrid womb, and when we finally burst out and win our freedom, we will need to take great care not to lose our gains.

At this stage, some of the most progressive green energy initiatives would bankrupt the world and trigger a modern dark age, so we desperately need an alternative. Neutrino energy is poised to fill the gap; all it needs is one more little push before it unfurls its wings as the true standard-bearer of humanity's inevitable ascent to the stars.