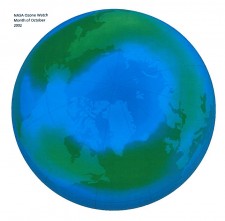 SAN JOSE, Calif., December 6, 2017 (Newswire.com) - The following is the opinion of Kelleher & Associates Environmental Mgmt LLC as to why the Arctic Glaciers and Sea Ice have been rapidly melting since about 1980:

Arctic warming and melting since 1980 is the direct result of the very substantial NOx-driven-depletion of the Arctic ozone layer during the months of late July through November stemming from an extremely high incidence of M and X category solar flares during the last three 11-year solar cycles.

I am among the country’s top environmental engineers and have been used extensively over the past several decades by the California Courts as a neutral fact-finder who helps case special masters and litigating parties resolve legal disputes over who is liable for legacy pollution of contaminated properties without the need for a trial. Within this role, I am provided many linear feet of technical reports, pleadings, case summaries, expert witness reports, etc. I conduct a dispassionate, unbiased review of the data and provide the case special masters and litigating parties with concise, unbiased conclusions and recommendations that cannot be used at trial. Given all that is at stake and because it is right up my alley, I felt a moral and professional obligation to apply my experience as a neutral fact-finder on scientific data to the vitally important question at hand.

This is my fourth press release on the subject all giving notice that when viewed objectively by a neutral fact finder, the scientific evidence is showing that the current period of rapid global warming and rapid glacial retreat that has occurred since 1980 is the predictable result of the unusually high incidence of large to gigantic solar flares striking the earth and shredding the ozone layer above the Arctic over this same period. I found only weak, ambiguous, circumstantial evidence in support of ardent claims that human activities including emissions of CO2 from burning fossil fuels are causing today’s rapid climate change; this evidence would not stand up in court against what I am presenting below. This press release is intended to point to the exact cause of what has been referred to by climate scientists as “Arctic Amplification,” but in reality is the primary source of today’s global warming.

In 1984, climate scientists discovered a huge seasonal hole in the outer atmosphere’s ozone layer directly above the South Pole and have been monitoring its strength and dimensions since then. The hole opens in the month immediately following the Antarctic winter which is September and closes within a few months thereafter. In 2011, NASA announced that a similar hole had briefly opened above the North Pole in the months immediately preceding the end of the Arctic winter which is normally in April. Since then, climate scientists have been monitoring the strength and dimensions of Arctic ozone depletion and have developed a model that recreates Arctic ozone concentrations going back to 1979. The ozone layer protects Earth from the harmful effects of the enormous amounts of high-energy ultraviolet (UV) light arriving from the sun by reacting with it, also keeping the planet from overheating. While climate scientists have led the public to believe that these holes are caused in large part by human activity (air pollution), as explained below the scientific data is now telling us that the ozone holes above both poles are primarily if not entirely the result of highly elevated solar activity.

There is hard scientific evidence of an extraordinarily high incidence of large to gigantic solar flares striking or passing near earth commencing in approximately the mid-1930s – Recognizing the potential importance to today’s global warming, NOAA has prepared the attached list of these events for use in climate modeling: ftp://ftp.swpc.noaa.gov/pub/indices/SPE.txt. For reasons explained below, the flares which arrive in the Arctic fall will have the most profound impact on Arctic climate change and the period 2000 to 2003 warrants close scrutiny considering the sudden acceleration of Arctic warning/melting commencing in 2002: the following extraordinarily large proton fluxes associated with M or X category solar flares were recorded by NOAA during this period in million electron volts (MeV): Year 2000-7/15=24,000; 11/9=14,800; Year 2001 – 4/3=1,100; 9/25=12,900; 10/2=2,360; 11/6=31,700; 11/24=18,900; Year 2002 – 4/21=2,520; - Year 2003 – 10/29=29,500; 11/2=1,570. Year 1989 was similar to 2001. A proton flux of greater than 10 MeV is considered high enough to form massive ozone-depleting NOx in the upper atmosphere as documented in the following report authored by P. Arsenovic et al (Science Direct, 2016): The influence of Middle Range Energy Electrons on atmospheric chemistry and regional climate: https://www.sciencedirect.com/science/article/pii/S1364682616301080. Since Jupiter, Saturn, Mars and Venus were aligned with the sun as of April/May 5, 2000 at an interval when Saturn was pretty much as close as it gets to the sun it is possible if not probable that periods of unusually high solar activity are related to the orbits of the planets of our solar system. See the following article relating to the source of the 11-year solar cycle: http://www.iflscience.com/space/alignment-of-planets-may-explain-suns-mysterious-cycle.

In a paper titled, Unusual Activity of the Sun during Recent Decades Compared to the Previous 11,000 years, S. K. Solanki, et al, (NATURE, vol 431, Oct 28, 2004) have reached the following conclusions from data obtained from high-precision 14C analyses on decadal samples of mid-latitude tree-ring chronologies: “According to our reconstruction, the level of solar activity during the past 70 years (now about 80 years) is exceptional, and the previous period of equally high activity occurred more than 8,000 years ago [and also at the very end of the last Ice Age 11,100 to 11,000 years ago]. We find that during the past 11,400 years the sun spent only in the order of 10% of the time at a similarly high level of magnetic activity and almost all of the earlier high-activity periods were shorter than the present episode.” Up to about 1970, there was no significant change in atmospheric CO2 for the last 11,400 years as the climate warmed and cooled. As usual, the rapid increases in atmospheric CO2 since 1970 directly correlate with a concurrent period of rapidly melting sea ice and glaciers and by all appearances is the effect of the melting, not the cause.

There is hard scientific evidence that the prolonged high incidence of large to gigantic solar flares striking Earth during the past four 11-year solar cycles has resulted in rising levels of so-called odd nitrogen (NOx) in the upper Arctic atmosphere along with corresponding decreases in Stratosphere ozone levels during periods of mixing. The decreasing trend dates back to at least 1979. Of outmost significance and for whatever the reason may be, the Arctic’s lowest ozone levels always occur in the fall just before the onset of the so-called Arctic winter vortex and associated surface-based inversion and downwelling longwave radiation –  By accessing the NASA “ozone-watch” maps for the Northern Hemisphere, the careful observers will find clear-cut visual evidence of the seasonal August/September/October/November ozone depletion. https://ozonewatch.gsfc.nasa.gov/monthly/climatology_09_NH.html (scroll down to see the following). They will also spot two markedly increasing trends in ozone loss, the first starting in about 1990 and the other commencing in 2002, right on par with the solar-cycle maximums.

As it turns out, scientists have just recently discovered that 11-year solar maxima are periods of significantly increased incoming solar radiation in the all-important UV wavelengths that are absorbed by/destroy ozone. The double effect of descending NOx and increased UV during the solar maxima heats up the stratosphere as UV radiation pours into the Arctic troposphere and earth’s skin during the Arctic fall. This explains the lengthened melting-season. The following paper by G. Lesins, et al, Dalhousie University, Halifax, Nova Scotia, Canada (Journals Online, December 2012) explains how the latent heat is trapped near ground surface below the solar vortex in surface-based inversions from approximately December to April explaining the early onset of the melting season. http://journals.ametsoc.org/doi/abs/10.1175/JCLI-D-11-00711.1

There is hard scientific evidence for the period 1979 through 2017 that an increasingly high influx of solar radiation has been entering the troposphere during the fall just before the onset of the Arctic winter vortex, etc – Quoting from one of many reliable sources: “The Arctic is a region in transformation. Warming in the region has been amplified ... with the rate of warming observed to be 0.60 deg C per decade in the Arctic (above 64 degrees North) compared to 0.17 deg C per decade globally during the last three decades. . . . The Greenland ice sheet has been losing mass at the rate of >34.0 billion tons per year . . . during the period from 1992 to 2011, but for the period 2002–2011, a higher rate of mass loss of >215 billion tons per year has been observed. . . . and a thinning of seasonally frozen ground has also been reported.” J. C. Comiso and D. K. Hall, Climate Trends in the Arctic as Observed From Space, WIREs Clim Change 2014, 5:389–409.

Conclusions – The scientific evidence is clearly showing us that long-term solar cycles possibly related to the gravitational pull of the orbiting planets have caused global warming and cooling trends in at least the current 11,000 year-long interglacial period. Specifically, the data are clearly showing that odd nitrogen compounds as they are formed in the atmosphere by very fast-moving energetic solar particles associated with major flare events are far more important than NASA and NOAA have been telling us. Due to the earth’s magnetic field, they can only enter the atmosphere in the polar regions, but it’s too isolated and cold in the Antarctic to make a difference.

The following data for the Arctic as graphed by Professor Cora Randall et al of the University of Colorado at Boulder using the POAM satellite archives (Stratospheric effects of energetic particle precipitation 2003-04 (Mar 2015) is considered key to my major conclusion that Arctic warming and melting since 1980 is the direct result of the very substantial NOx-driven-depletion of the Arctic ozone layer during the months of late July through November stemming from an extremely high incidence of M and X category solar flares during the last three solar cycles: http://onlinelibrary.wiley.com/enhanced/figures/doi/10.1029/2004GL022003#figure-viewer-grl19361-fig-0001or in Randall/Harvey Atmospheric effects of Energetic Particle Precipitation (EPP)" Slide Show, July 2012.

Recommendation – The soon to be White House Environmental Advisor should immediately contact atmospheric scientist Cora Randall and, if needed, find a way to fund a next phase of her and her colleagues’ ongoing work for the SCOSTEP science program “Climate and Weather of the Sun-Earth System.” http://www.candac.ca/create/ss2012/talks/Day4_Harvey_L3_energetic_particle_precipitation.pdf

I warrant that I have conducted my investigations impartially and believe my conclusions are sufficiently supported by valid scientific evidence to stand up in a court of law.

Disclaimer – This press release contains the personal opinions of an American citizen based on his understanding of technical data and his experience as a neutral court consultant. Despite my professional standing, I am not claiming to be a professional engineer nor a consulting engineer given where I reside. California, unlike the rest of the country, does not grant licenses to environmental engineers given a long-standing preference by its licensing board to rely primarily on state-registered geologists to protect the state's lands, indoor air and waters. 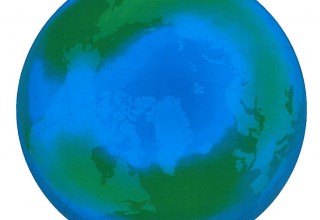 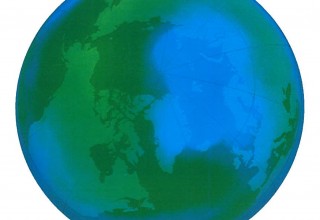 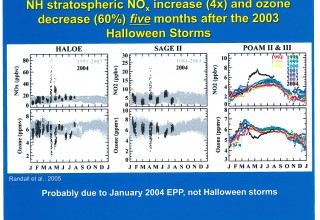 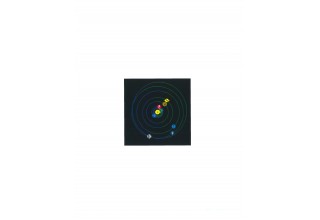 Brian Kelleher, principal of Kelleher & Associates Environmental Mgmt LLC founded in 1983 and incororated in 1999 provides project coordination services related to the investigation and remediation of contaminated commercial and industrial properties