NCJFCJ Announces a Record $12.9 Million in Awards in 2018 to Improve Outcomes for Children and Families

RENO, Nev., January 28, 2019 (Newswire.com) - The National Council of Juvenile and Family Court Judges (NCJFCJ) announced today that it has received a record 34 new and supplemental awards providing more than $12.9 million in additional funding - the highest amount in the organization’s 81-year history. The NCJFCJ is devoted to ensuring justice and improving outcomes for families and children in courts nationwide.

The NCJFCJ is the nation’s oldest judicial membership organization, providing judges with ongoing education, training and technical assistance to make the best possible decisions for children and families in our courts.

Highlighting the upcoming year, the NCJFCJ received funding from the U.S. Department of Justice, Office on Violence Against Women for a multi-year project to assist up to 10 diverse communities to improve their implementation of domestic violence firearms laws to prevent abusers’ access to firearms and allow for better protection of victims, children and their communities. The NCJFCJ also received funding to analyze its home state of Nevada’s juvenile justice system and develop recommendations for change in partnership with the Division of Child and Family Services. The Nevada Center for Juvenile Justice Innovation connects professionals and stakeholders to information about effective programs and practices to reduce recidivism and improve outcomes for juvenile justice involved youth.

“The variety and diverse projects and initiatives funded this year reflect the expansive work the NCJFCJ does for juvenile and family courts nationwide,” said Judge John J. Romero Jr., NCJFCJ president. “The NCJFCJ continues to be at the forefront and remains proactive in addressing the multitude of issues that affect the lives of children, families and those affected by violence.”

Two new focus areas that the NCJFCJ received funding for this year include addressing animal cruelty and promoting diversity. With partner organization Animal Legal Defense Fund, the NCJFCJ will work with judicial officers to better understand this critical issue, including the link between the acts of violence towards humans and animal cruelty. In line with the organization’s commitment to diversity, equity and inclusion, the NCJFCJ received funding from the Jessie Ball DuPont Fund to host a summit comprised of organizations in the legal profession and court system to better reflect and to improve representation in the communities they serve.

The NCJFCJ received continuing funds for its Resource Center on Domestic Violence: Child Protection and Custody program. The resource center plans to expand the capacity of the domestic violence field including family violence prevention services grantees and survivors to effectively address the implications of domestic violence in child protection, child support and custody systems. In addition, the NCJFCJ will continue its collaboration between state and tribal courts on the implementation of the Indian Child Welfare Act.

“There has never been a more critical time for an independent and educated judiciary,” said Joey Orduna Hastings, NCJFCJ chief executive officer. “This year’s record-setting $12.9 million in awards reflects the hard work and dedication of the NCJFCJ’s staff, board directors and its membership to continuing our mission to provide judges, courts and related agencies involved with juvenile, family and domestic violence cases with the knowledge and skills to improve the lives of the families and children who seek justice.” 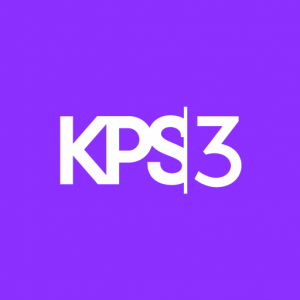