With Drug Education and a Graduation Live Stream 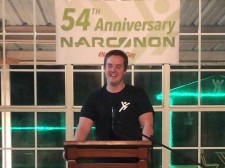 DENHAM SPRINGS, La., February 20, 2020 (Newswire.com) - Yesterday marked the 54th anniversary of the Narconon program with centers around the world celebrating Narconon Day. In 1965, William Benitez, an Arizona State Penitentiary inmate set out to start a recovery program. One year later, he started his program under the Narconon Banner, on February 19th, 1966.

The Narconon program has helped thousands recover from drug addiction. Narconon offers a different approach to treatment, focusing on addressing individual issues. It provides a secular, non-12 step, and holistic approach to dealing with addiction. A recent graduate from the Narconon Louisiana had this to say about the program:

“It wasn’t until later in life I struggled with addiction. It took years for me to find a place that worked for me. I tried treatment center after treatment center, but nothing ever seemed to stick. I might do good for a little while, but before long, I would find myself back in the same situation again. All that changed when I went to Narconon.” – GW Narconon Graduate.

In Celebration of the 54th anniversary, the staff and students at Narconon Louisiana  gathered to send out drug education booklets explaining the dangers of drug use and experimentation. Mailed to families and friends, schools which program attendees went in the past and drug education groups, the individual booklets cover addiction to a dozen different drugs.

The anniversary celebration ended with a graduation to congratulate those completing steps of the Narconon program and the graduate who completed the entire Narconon program. Along with Narconon staff and those currently on the program, the commencement was live-streamed on Facebook.

This is a quote from the speech of one graduate:

“In the past three years, I have gone to twelve different rehabs, all of which were only temporary breaks from the addiction, homelessness, and misery that was my own hell. Nothing ever clicked until now, and I will always be grateful for this program. Thank You” – AB Narconon Student

Narconon New Life Retreat was founded in 2006 following the devastation of Hurricane Katrina to help the thousands of residents affected by addiction who had a shortage of treatment resources. The campus of five buildings is located on approximately 15 wooded acres in Denham Springs. A non-profit alcohol and drug rehabilitation center, they are licensed by the Louisiana Department of Health and Hospitals.

Narconon Louisiana, located in Denham Springs, is a non-profit alcohol and drug rehabilitation center licensed by the Louisiana Department of Health and Hospitals. They are dedicated to eliminating addiction through prevention and rehabilitation. 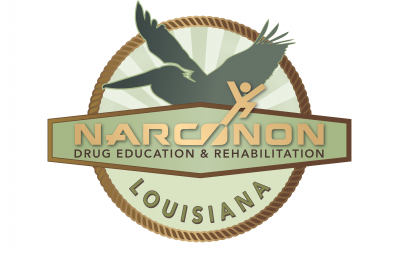