Narconon Centers Around the World Celebrate the 54th Anniversary of Narconon

Feb. 19, 2020, marks the 54th anniversary of the worldwide Narconon program. Narconon centers around the world celebrate today #NarcononDay in honor of the tens of thousands of Narconon program graduates. 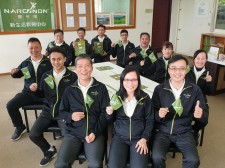 LOS ANGELES, February 19, 2020 (Newswire.com) - The Narconon Program, a nonprofit, drug and alcohol rehabilitation program, celebrates its 54th anniversary today on Feb. 19, 2020 — marking over half a century of lives saved and families restored. Many Narconon centers will be participating in events and people are urged to seek out drug-free events in their area.

There’s no mistaking it — alcohol and drug addiction take a toll on not just individuals but families and communities all over the world. Every person Narconon helps be drug-free for good builds not only a new life for them but also for everyone they love and their whole community. The ripple effects of just one drug-free life are countless.

It is an honor to be a part of the Narconon team. There is no better prize in the world than to have the smile and heartfelt thanks of a mother who got her son or daughter back. That makes life worth living.

Throughout the past 50-plus years, Narconon team members have seen the many sides of addiction up close and they have helped tens of thousands overcome it for good. Along the way, Narconon has set the standard for successful treatment without the use of replacement drugs or the belief that addiction is a disease from which one may never recover. Instead, it is Narconon's sincere belief that each of us has it within ourselves to overcome addiction and become happy, healthy, and productive members of society.

This year, Narconon centers around the world — from Taiwan to Italy, from the United States to Nepal, and many other countries — celebrate this historic anniversary by bringing the much-needed message of hope to families, community members, and officials in their areas.

What this day represents more than anything is the tens of thousands of lives that Narconon has had the honor and privilege of helping over the last five decades. Those who have returned to their families and their communities as healthy, productive and drug-free individuals. It is for each one of them, the mothers, fathers, daughters, and sons, and the countless many more Narconon hopes to help over its next 50 years, that they celebrate today.

As David Judice, Executive Director of Narconon Arrowhead, stated, “It is an honor to be a part of the Narconon team. There is no better prize in the world than to have the smile and heartfelt thanks of a mother who got her son or daughter back. That makes life worth living.”

Narconon welcomes everyone to join them in celebrating this special day. Their resounding message is hope for those struggling with drug and alcohol addiction and the possibility of living drug-free for good.

Narconon, a nonprofit, worldwide drug and alcohol rehabilitation and education program, was established in 1966. The program is based on discoveries of humanitarian L. Ron Hubbard. Narconon centers exist in over 30 locations across 16 countries.