Alex Iliescu, CEO of Mondly, spoke recently about why Mondly identified VR early-on as the future of language learning: “We realized the best way to teach languages would be to create an immersive experience that replicates real life scenarios and conversations. VR gives us the best opportunity to do this.”

Alex continues… “From our experience, the biggest things that keep people from actually speaking and using new languages are fear and lack of life-like practice. MondlyVR overcomes these barriers and quickly gets learners comfortable and speaking in real life situations. We’re filling the conversational gap of traditional language education.”

The traditional language learner typically takes up to six months before even beginning to engage in conversations. MondlyVR provides instant immersion and conversational learning from the comfort of home. Before MondlyVR, to experience language immersion - it typically required months of preparation and then travel. Today, it requires MondlyVR and a VR headset.

Experts agree that IMMERSION is the best way to learn a new language.

In a study featured in the New York Times by Michael Ullman, a neuroscientist at Georgetown University Medical Center, language learning subjects were split into two groups. One group studied language in a formal classroom setting, while the other was taught through immersion. After five months, both groups retained the language. However, the group that learned through immersion displayed the full brain patterns of a native speaker.

Reasons to Pay Attention to MondlyVR:

○       Restaurant - Order food in a small bistro in Beijing

○       Hotel Room - Converse with a hotel bellboy in Tokyo

○       Taxi - Give directions to a taxi driver in Barcelona

Check out these articles and what they’re saying about Mondly & MondlyVR:

OR check it out for yourself…..

Things to know about Mondly:

Questions or want more info? Give us a call! Shoot us an email!  We’re here to help. 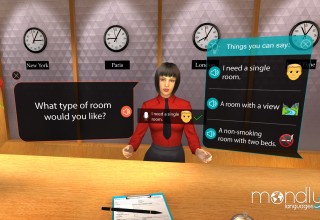 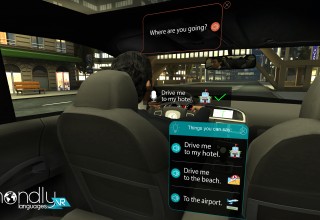 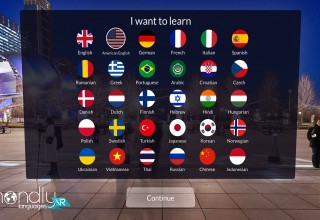 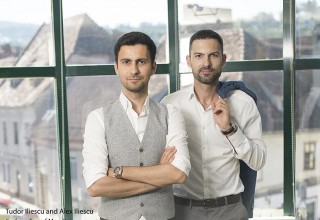 ATi Studios is the maker of Mondly, a fast-growing, popular language learning platform with over 15 million downloads.