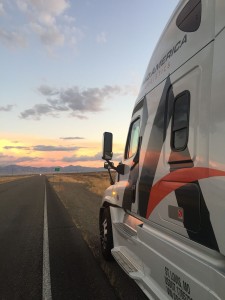 Mid America Logistics’ President, Mark Kummer stated “Nashville is one of the fastest growing markets in the United States. The access to talent and it’s centralized location makes it an excellent gateway to clients and carriers the Southeastern United States.”

In conjunction of Mid America Logistics’ record growth in 2018 and to support projected expansion plans, it has designated its Charlotte, North Carolina office as it’s Enterprise Operations Center (EOC). This office is being converted to a 24/7/365 operation making it the second Mid America office outside its St. Louis headquarters to do so. The EOC is engineered to manage stringent KPI’s, employing high levels of automation to meet the demands of large shippers. Joshua Brewer has been promoted to Director of Enterprise Operations and will lead the EOC. Brewer, a North Carolina native, built Mid America Logistics first branch office and the company’s largest operations center.

In conjunction with the EOC announcement, Mid America Logistics expects to add ten professional positions in Charlotte, North Carolina in 2019.

Mid America Logistics is the fastest growing transportation firm based in the Gateway Region. With offices in St. Louis, Charlotte, Cincinnati, Jacksonville, Nashville, Phoenix, Northwest Arkansas and Guadalajara, Mexico, Mid America has made its mark in the fields of trucking, logistics, and technology. Employing over 130 employees across seven states, the company offers full truckload, less-than-truckload, and transportation technology services to clients in the food production, retail, CPG, industrial, and agricultural industries. The company has been recognized as a Top Workplace by the St. Louis Post Dispatch and as one of the Gateway Regions fastest-growing private companies in the St. Louis Business Journal.

Mid America Logistics is a full service transportation services provider based in St. Louis, Missouri. The company provides Truckload and Less-Than-Truckload transportation along with being a developer of Transportation Management Software (TMS).