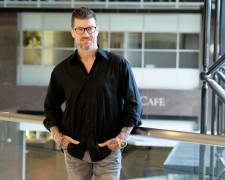 DALLAS, March 19, 2019 (Newswire.com) - Michael Molthan is a former drug addict and alcoholic seeking to break the many stigmas surrounding addiction and recovery. Since December 2017, Molthan has used his nightly radio show, M2 The Rock, to motivate and inspire people in recovery and educate their loved ones on ways to best support the addicts they love. The art of storytelling has evolved in recent years through the rise of streaming platforms, and there can be no doubt about the increased consumer demand for both audio and visual content, along with an upswing of content consumption on mobile devices. In an effort to spread the message of hope in recovery to the widest audience possible, M2 The Rock is moving from 1190AM iHeart radio and will rebrand as a digital broadcast.

"Having had a spiritual awakening as the result of the 12 Steps, I want to help others in their struggles with addictions, hurts, habits, and hang-ups through the show by sharing my personal experience and the stories of others in the recovery community who have made it to the other side - one day at a time," said M2 The Rock host, Michael Molthan.

M2 The Rock radio recently celebrated its one-year anniversary and has had a variety of guests on in its inaugural year including author Brian Cuban; Real Housewives of Dallas stars D’ Andra Simmons Lock and Tiffany Hendra; and musicians Rachel Stacy, Colicchie, Joe Nester, REM One, B-RAiN and Jam Alker.

ABOUT MICHAEL MOLTHAN:
For over 25 years, Michael Molthan was known as one of the best luxury home builders in the country. An addiction to drugs and alcohol caused his life to spiral out of control, slowly stripping him of everything that mattered to him, including his business, his relationship with his family, his marriage, his children and finally, his freedom. After 27 arrests and doing close to 4 years in prison, Molthan had a spiritual awakening and turned his addiction over to God. In October of 2017, a series of miracles occurred when Molthan was "accidentally" released from jail on a paperwork error, traveled over 300 miles with no money, no food, and no transportation to meet with his Judge, Jennifer Bennett, to be placed back into jail and then go to prison. Because of the dramatic spiritual awakening Michael experienced during his incarceration and his willingness to do anything to get healthy, the Judge granted him another miracle, which was to forgive him and challenge him to pursue a self-correct program. Within a few days, a reporter Molthan had known from his home-building days reached out to interview him and that radio interview led to the miracle of Molthan being given his own show on iHeart radio. In addition to his work on the show, Molthan is an in-demand speaker on the topic of addiction and recovery. www.M2TheRock.com 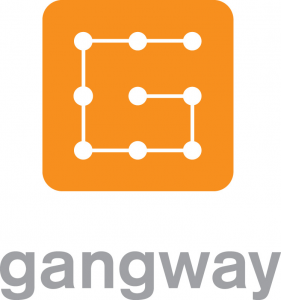