miBoodle: The Platform That's Opening Up Earning Money Online to 3 Billion People Across the World 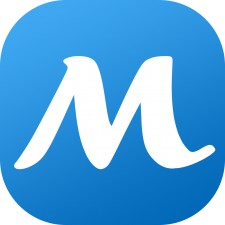 LONDON, February 27, 2018 (Newswire.com) - Making money online used to be the privilege of big business and those with the ability to utilise the full power of digital marketing. However, the world of online advertising is about to open up to the general public thanks to the forthcoming launch of miBoodle. miBoodle is an online platform that enables anyone to leverage the power of their social network to earn money online, just like big corporations do.

The latest research suggests that there are 3.028 billion active social media users in the world out of a total population of 7.534 billion. These users are spread across the globe, from some of the richest nations on the planet to some of the poorest. The miBoodle platform enables anyone, anywhere in the world to earn money from utilising the power of their social networks and potentially has the power the transform people’s lives.

Quite simply, users sign up for free with miBoodle and connect their social networks to the platform. Then, members can become a micro-publisher, by building and publishing their own personalised site(s) and all members can become a micro-social influencer and monetise their social following. By growing members network, expanding their social reach and using miBoodle, users across the globe can potentially earn significant amounts of money with very little effort, payment being made to them by Paypal or miBoodle tokens. If chosen, these tokens can then be used to enter higher earning tiers and users can earn even more money.

Commenting on the forthcoming launch of the platform, founder of miBoodle, Len Burgess said:

“The miBoodle platform disrupts the current status quo which sees only large businesses able to make the most of advertising online. miBoodle is all about the democratization of advertising and giving everyone the chance to make money online, regardless of who they are or where they are located. miBoodle has the potential to be life-changing for those who utilise the platform effectively, we are extremely excited about the upcoming launch.”

For more information on the forthcoming launch of miBoodle, go to https://www.miboodle.com

A global platform that democratizes the advertising industry enables consumers to earn online revenue in a sustainable way.

Daily Business News Promises to Be 'First and Fast' With Authoritative AI-Generated Content
miBoodle - May 10, 2019