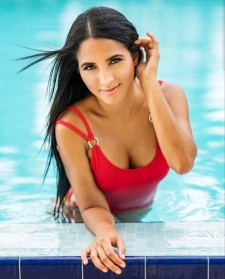 MIAMI, May 23, 2019 (Newswire.com) - Conttratta Studios has announced it is co-producing a new project with Miami-based journalist, producer and TV host Daniela Tablante. The movie will be filming this summer in Florida and Tablante will be co-starring with Brazilian models Claudia Alende, Priscila Fierce and Duda Silveira. Conttratta Studios is an American media company owned by Major League Soccer player Roberto Linck, Fabio Simplicio and FIFA Legend Emerson Rosa."

Daniela Tablante was born in Venezuela, but moved to Spain when she was still a teenager. After finishing High School, Daniela entered medical school in the Alfonso X El Sabio University in Spain. Soon after, she realized being a doctor was not her call, so she decided to start over and pursue her American Dream.

In the United States, she graduated with a B.A. in Mass Communications and an M.S. in Spanish Multimedia and has interned and worked for companies such as NBC and Univision.

Currently, Daniela owns a production company in South Florida, in which she produced her a documentary on the psychological consequences of gun violence and mass shootings, an everyday issue that takes away many lives in America.

"I feel I have been blessed with the opportunity to come here and be able to work with something that I am passionate about, which is media and entertainment. It has been such a rich experience, I wouldn't trade for anything. Doing business is always stressful but when you do something that you love it makes it so much easier. I look forward to continuing to grow my business relationships with this country," says the young entrepreneur.

Daniela is the current proof that the American Dream can come true with hard work. 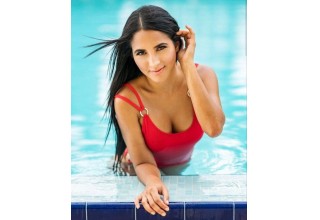 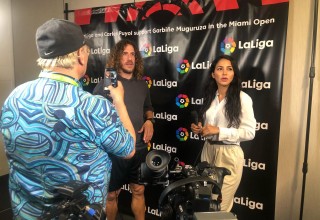