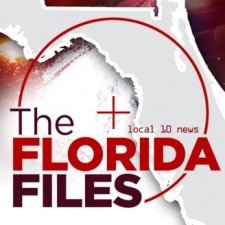 PEMBROKE PARK, Fla., March 23, 2019 (Newswire.com) - Titled "Death of a Bombshell: Anna Nicole Smith," Florida Files Podcast Producer and Reporter Michelle F. Solomon looks into the death of Anna Nicole Smith, and most specifically, how the former Playboy playmate and reality star became part of South Florida history when she died on Feb. 8, 2007 inside a hotel room at the Seminole Hard Rock Hotel and Casino in Hollywood, Florida.

The Florida Files goes step by step through the days and moments before Smith's death, then the ensuing battle for her body that eventually led to her resting place in Nassau, Bahamas.

"I travel to Nassau, Bahamas, where I visit the gravesite of Anna Nicole and her son, Daniel, Doctors Hospital where Daniel passed away three days after his baby half-sister Dannielynn was born there, and the mansion, Horizons, where she spent her last days, now padlocked and in disrepair," says Solomon. "Listeners will go along with me!"

"When we started The Florida Files last May, we knew there were so many stories that people remembered from South Florida archives, but also tell us how intriguing it is to hear how these South Florida stories really happened. And, in Anna Nicole Smith's case, podcast fans will also find out what things are like 12 years later," says Solomon.