Mason Baxter: Europe's largest economy is set to perform well in the third quarter in spite of a recent dip. 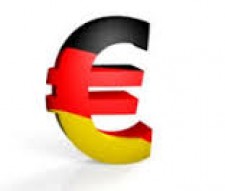 SHANGHAI, September 25, 2017 (Newswire.com) - Mason Baxter: Growth in Europe’s largest economy dipped at the beginning of the third quarter after a robust performance in the first 6 months of 2017, but signs indicate that its strong performance will continue, according to a statement by the German finance ministry.

The German economy is currently experiencing a period of promising performance spurred by increasing wages coupled with high employment rates and reduced borrowing costs. These factors are likely to contribute to a fourth-term victory for Chancellor Angela Merkel when voters go to the polls on Saturday.

In its monthly report, the finance ministry which is operated by Wolfgang Schaeuble and Merkel’s conservatives stated that the economy lost some traction at the beginning of this year’s third quarter.

According to an analyst at Shanghai, China-based investment house, Mason Baxter, recent economic data shows that the positive trend will continue for the German economy. Investor confidence remains buoyant and exporters are seen to be benefiting from economic recovery worldwide.

Although economic data has reflected a positive sentiment among German investors and falling rates of unemployment, the industrial and retail sectors showed lackluster output last month.

The ministry reported that macroeconomics remained favourable and that domestic demand would continue to spur strong growth.

The economic upswing is causing greater revenue from tax as a greater number of people find work, consumers increase spending and companies grow their profits.

For the first 8 months of 2017, tax income rose by 4.1 percent, slightly more than the anticipated rise of 3.9 percent for the entire year.

This increase in tax revenue has made provision for Merkel’s government to allocate more funds to the improvement of infrastructure without acquiring additional debt.

Business News China - Bringing you the latest business and market news from across Asia.