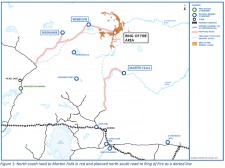 Thunder Bay, Ontario, August 31, 2017 (Newswire.com) - Marten Falls First Nation was pleased to participate in the August 21st media announcement of the government of Ontario. What is most important for Marten Falls and has been overlooked in the announcement is the reality that the First Nation will finally, after years of negotiating and planning, get a community access road. The road to the community will follow a north-south alignment from around Aroland/Nakina and construction of the road is planned to start in 2019.

Marten Falls views the access road as a means to food security and to improving housing, education and economic opportunities. The First Nation experiences poverty, drug addiction, and social and economic challenges and has also been denied development and employment opportunities due to remoteness. Marten Falls has been looking for options to connect the community to the provincial highway for a while and although four other remote regional First Nations received $785,000 in March 2015 from the federal and provincial governments for studying an all-weather road, Marten Falls only started work on road options with the province late last year.

Among remote First Nations in the region, Marten Falls faces significant challenges. It is the only First Nation in the remote communities to be serviced by one airline only. There is only one flight a day to Nakina from Marten Falls and there is no service to any major centre like Thunder Bay. The winter roads, which the First Nations use to bring in construction, fuel and other heavy loads, are no longer an option. Climate change has shortened the season and brings new and increased hazards each year.

In time, the north-south route would provide access to the chromite deposits in Marten Falls' traditional lands but planning, feasibility and environmental work on this portion of the road to the Ring of Fire will start now. In the map provided at the announcement on August 21st, that road was shown as the dotted north-south route (Figure 1). Marten Falls sees this as an opportunity for present and future generations of families who want to live in the community and be gainfully and proudly employed. At the same time, this is also an opportunity for other regional and remote First Nations to connect with the north-south corridor and participate in related socioeconomic benefits. Marten Falls will be planning the entire north-south corridor through an agreement with Ontario and this work will continue for the next year or more and could be expedited to connect the Ring of Fire as required. Through this process, Marten Falls will engage and consult other regional First Nations to incorporate their perspectives into this potential development. This is an unprecedented opportunity for collaborative planning and development between the First Nation, government and industry. Marten Falls welcomes collaboration where it can create value for all.

Marten Falls First Nation looks forward to a prosperous, sustainable and more inclusive future for its elders, youth and families. The community will continue to work toward that goal with willing partners. 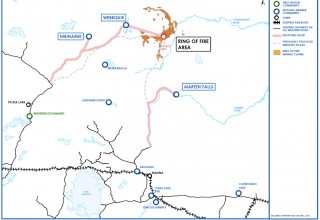 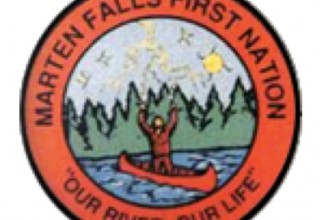