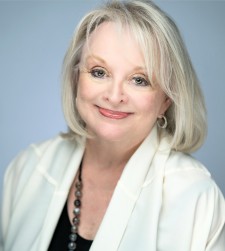 BINGHAM FARMS, Mich., March 21, 2019 (Newswire.com) - The Top 10 Awards are given annually to Michigan businesswomen who succeeded and excel at their given profession. Margery Krevsky Dosey of Productions Plus - The Talent Shop will be honored with the Warrior Award. NAWBO Greater Detroit is dedicated to the growth and success of women in the business arena.

“I am very honored to be recognized by this distinguished group of women entrepreneurs, corporate executives, and community leaders,” states Krevsky. “As a woman business owner, I recognize the need for women to support and mentor each other. NAWBO Greater Detroit does an amazing job of advancing women in the workplace.”

Productions Plus - The Talent Shop was recently ranked 15th in Crain’s List: Largest Michigan Woman-Owned Businesses. Margery Krevsky Dosey has been featured in numerous magazines, trade journals and business publications for her leadership and business accomplishments.

The keynote speaker of the event is Barbara McQuade, former United States Attorney for the Eastern District of Michigan and current U of M Law Professor and legal analyst for NBC News and MSNBC. The mistress of ceremonies is Emmy-winning broadcast journalist Paula Tutman.

As a seasoned Fashion and Retail Manager, she served as a Glamour Magazine Editor and authored the award-winning book “Sirens of Chrome.” Krevsky is a graduate of Lock Haven University, Tobe Coburn and Temple University.

Source: Production Plus - The Talent Shop

The largest SAG/AFTRA-franchised, full-service talent management agency in Michigan, and the leading provider of auto show product specialists in the United States.