The region's largest supplier of stone and marble surfaces is providing bulk materials for the new luxury hotel and office space. The Wilshire Grand now stands as the tallest building on the West Coast. 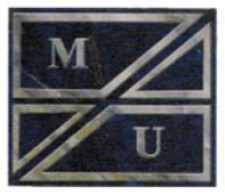 Los Angeles, California, November 16, 2016 (Newswire.com) - Marble Unlimited, the leading stone and marble supplier in the region, has been fulfilling orders for the under-construction Wilshire Grand Tower in Downtown Los Angeles.

The Wilshire Grand, the major skyscraper project on 900 Wilshire Boulevard in Los Angeles, has recently become the tallest building in Los Angeles, surpassing the U.S. Bank/Library Tower at 1,099 feet. It is scheduled to open in Spring 2017 with much anticipation as mixed use office, hotel and retail space.

Major contractors and builders in California and beyond have often turned to Marble's vast and plentiful warehouses located in Van Nuys and Hayward, many of them seeking out pristine marble and stone at bulk prices.  The Van Nuys location alone has floor space of material on display encompassing an area equal to three football fields.

"We offer the best quality materials and the widest selection," said Paul Lieser, Vice President of Marble Unlimited.  They are known to carry the largest selection of material on the West Coast, including some of the most exotic and hard-to-find building material. One of the materials they offer is quartzite, which is made entirely of quartz and is "the biggest collection of stone in one place," not to mention hard to find.

The gem Onyx, is another exotic stone available in bulk. This traditional piece is highly sought after among designers and is seen in many of the most expensive homes around the world. Other surfaces available include variants of quartz, granite, limestone, jasper, slate, and quartzite.

Sourced from all over the world, the show room and stockyard are presented for the purpose of easy side-by-side comparisons and selection.

“We offer the most unique and exotic stones in one place,” said Lieser.

Marble Unlimited is well-known among the area's major designers, architects and contractors, but is also open to the public for home improvement projects.  In addition to flat stone surfaces, the company also offers pillars, tubs and cut-to-size jobs crafted from choice stone and marble.