Magical Guizhou: The Unusual Salty Tangyuan Has Been Popular Since The Qing Dynasty

Salty Tangyuan, that delicious morsel of chicken or ground pork wrapped in dough, however, is quite an exception in China

SAN FRANCISCO, March 30, 2022 (Newswire.com) - For many types of food in China, there is usually a sweet version and a salty version such as Zongzi and Moon Cakes. Sweet or salty, both of the flavors have their own loyal following. To let more people know about China's Guizhou Province, the People's Daily Online West USA Inc specially launched the "Magic Guizhou" series.

Salty Tangyuan, that delicious morsel of chicken or ground pork wrapped in dough, however, is quite an exception in China. Almost everyone agrees that it should be sweet.

But there is one restaurant with over 100 years of history in Xingyi, Guizhou, that breaks the rule. And the Tangyuan served here also has a history of over 100 years.

Even though people can feel confused by the idea of salty Tangyuan, once they try the salty Tangyuan in Xingyi, they will definitely love it. Soaked in chicken soup, the Tangyuan is elevated in its flavor. The filling consists of chicken and a tiny amount of pork, so it is a popular breakfast option for many locals.

According to Xu Changmin, owner of Zou's Chicken Tangyuan in Xingyi, his Qing Dynasty ancestor was very happy after collecting end-of-year bills. Someone in the household proposed making something delicious to celebrate. At that moment, they noticed there was a chicken on the kitchen table and decided to mince the chicken and use it as a filling for Tangyuan. That was how the salty Tangyuan was created. To the surprise of Xu Changmin's ancestor, bold culinary creativity gave birth to a unique delicacy. Thanks to adjustments and additions of flavor by generations of innovators, it has become a traditional dish with 100 years of history.

Salty Tangyuan is unique to Xingyi, Guizhou. Anyone visiting Xingyi should definitely try it. 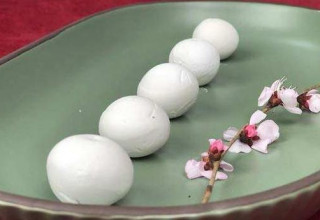 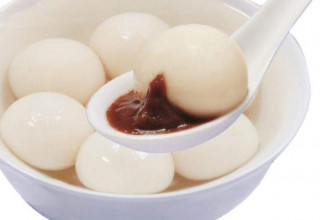 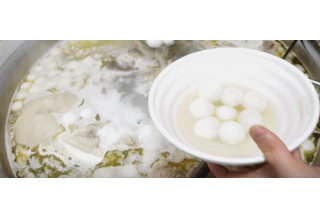 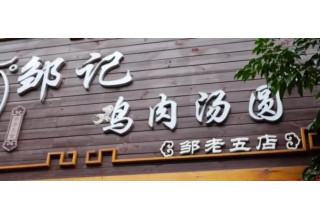 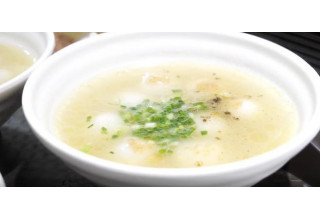