Magical Guizhou: Praise of Fire, Mask of Supernatural Being

The lush Wumeng Mountains, located in the northwestern Yungui Plateau, are the home to people who worship fire. At the Torch Festival every summer, the sky is illuminated by passionate flames. This day is the most significant holiday as well as the new year for the Yi people.

Fire is the Yi people's way of paying homage to life. In Tunpu, tiny masks delineate the border between humanity and divinity. With the mask off, one is a man, and with the mask on, one becomes a supernatural being.

As descendants of border officers in the Ming Dynasty, Dixi opera performers relive their ancestor's heroic journeys, unfolding glorious stories about battles from ancient times through singing and acting.

As cultural symbols, masks have been integrated into the artistic context of different cultures. Aside from Tunpu, masks are present in the Tujia people's Nuotang Opera and the Yi people's Cuotaiji. On the 3rd of January of the lunar calendar, the Yi people in Weining County will be preparing a magnificent performance. As soon as the village chief blows the longhorn, the people in masks begin dancing.

Under the night sky illuminated by flames and fireworks, nobody goes to sleep until enough fun is had. During the Lantern Festival every year, the night sky in Puding County, Anshun, is always illuminated by enticing fire performances. The "Dragon Dance with Molten Iron Fireworks" is a tradition that has been passed down for generations in Puding. Molten iron splashes into dazzling patterns and graphs in the air. Molten iron fireworks blossom across the night sky as if the Milky Way were spilling shimmering stars onto the earth. In the meantime, the performers present a traditional dragon dance underneath the molten iron fireworks, creating a thrilling yet splendid experience for the viewers.

As a multiethnic province, Guizhou is full of diverse and distinctive folk customs. Each one of the customs is deeply ingrained into local cultural legacies that trace their origins to distant times. The people of today recount their stories through their own unique cultures. 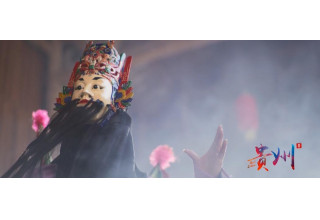 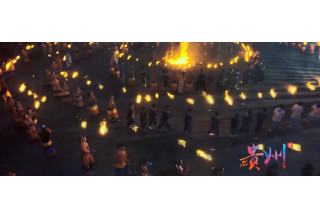 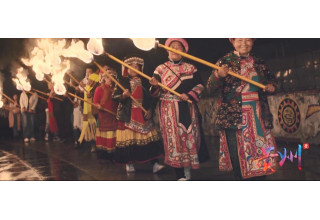 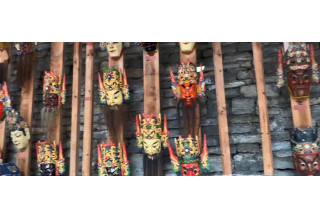 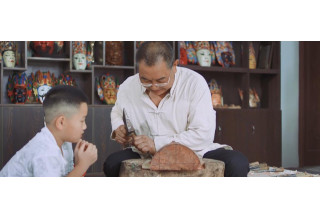 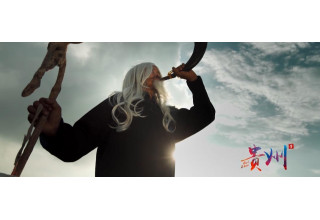