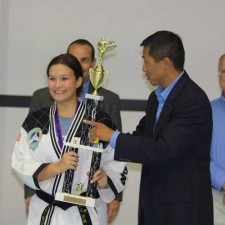 The tournament drew more than 120 competitors from Wisconsin, Illinois, Kentucky and Georgia.

Vazquez, of Geneva, Illinois, trains under Mr. Chris Koffenberger and won the Under 18 Grand Championship and became the youngest black belt to achieve this honor.

For Madrigal, of Elgin, Illinois, this marked his fourth 18 and Over Grand Championship. Madrigal trains under Masters Jeff Kim and Rick Steinmaier.

While Joe Moniot of Lexington Kentucky brought 17 students with him to his final tournament before earning his Master distinction, it was Ms. Emily Brown of Oconee, Georgia, who earned the distinction of traveling the farthest to compete at the tournament.

Ellie Murphy of Lexington was the winner of VIP pass to the AKF's annual Black Belt Extravaganza at the Kalahari Resort and Convention Center in Wisconsin Dells, Wisconsin, Nov. 3-5.

Also competing in their final tournaments before advancing to 5th Dan (Master) were Nicole Holden of Janesville, Wisconsin, and Chester Gustavson of Eau Claire.

The American Kyuki-Do Federation now turns its attention to its Oct. 7 Grappling and Throwing tournament at Bigfoot High School in Walworth, Wisconsin.

Federation members can register to compete at www.kyukidomartialarts.com. 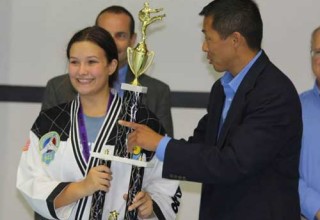 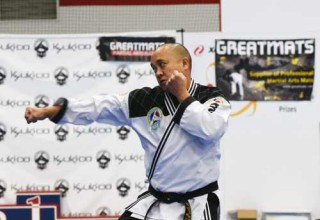 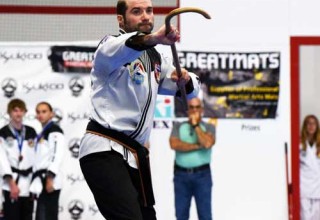 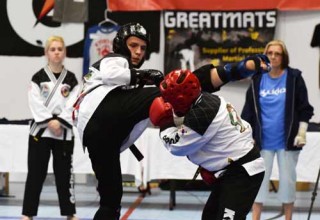