While M&M Video Games in Clearwater has long been known for its vast array of video games and consoles, from the Atari 2600 to the Playstation 5 and everything in between, its brand new Tampa location is packing a truly unique piece of retro gaming history. 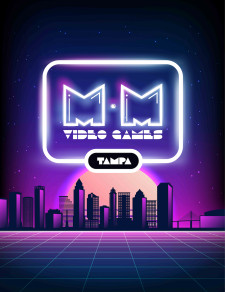 TAMPA, Fla., August 9, 2022 (Newswire.com) - M&M Video Games is coming to Tampa, with a brand-new 4,000-square-foot retail store and event center on Fowler Ave., just down the street from the University of South Florida.

With existing locations serving Clearwater, Largo and Palm Harbor, M&M Video Games has been a go-to for local game enthusiasts and collectors since 2012. But their new premier store in Tampa brings with it a truly unique piece of vintage nostalgia.

For collectors eying the golden age of Nintendo, the elusive title to complete a full NES collection is inevitably Stadium Events. And, for the first time ever, an original copy, with manual, will be on display and available for purchase in Tampa Bay.

Stadium Events is considered the rarest U.S.-licensed NES game ever sold, with less than 200 copies believed to exist today.

The game was originally published by Bandai in Japan in 1986, followed by a U.S. release in 1987. Nintendo purchased the rights to Stadium Events shortly after it launched, and promptly rebranded it as "World Class Track Meet." The re-branded edition went on to sell more than 3 million copies. But the original version, Stadium Events, was recalled from U.S. stores, reducing its circulation to zero, and making Stadium Events the veritable holy grail of NES collecting.

The Manager of M&M Video Games, Jon Fotis, is himself an avid video game collector, with a nearly complete set of all NES titles in his personal collection. "I tell my team that sooner or later, everything in the gaming world comes through the store. But seeing a copy of Stadium Events is a true once-in-a-lifetime opportunity."

Less than a dozen copies of Stadium Events have surfaced in the past decade, with some selling for north of $50,000.

The cartridge on display at M&M Video Games Tampa belongs to a local resident who purchased the game for his children back in the 1980s.

After sifting through the various video games his sons had left behind, the owner initially brought Stadium Events to a local pawn shop, where he was offered $1,000 for the exceptionally rare title. He then brought it to M&M Video Games Clearwater where he discovered the truly unique value the game possessed.

While not a gamer himself, the man immediately saw the excitement that Stadium Events drew from the players at the store. So when he agreed to put it up for sale in Tampa, he had one additional request: to be the first guest in the store on opening weekend, so that he can see the joy and excitement this gem brings to the local gaming community.

The store features more than 20,000 video games and collectibles, as well as card gaming space for up to 140 players at a time for Magic the Gathering. 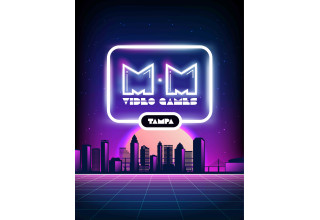 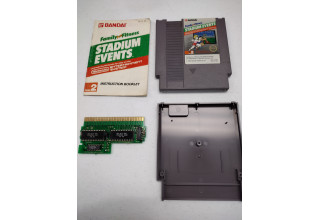