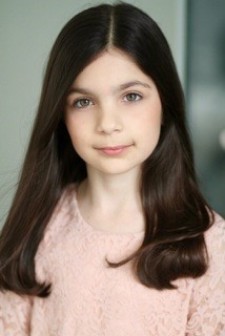 DEAL, N.J., February 12, 2018 (Newswire.com) - Siblings Grace and Jack Sweeney will be featured cast members for the Axelrod Performing Arts Center’s upcoming production of “Ragtime, The Musical,” which will run from March 3-25 and will be directed and choreographed by Luis Salgado, who is returning to the theater after last year’s successful production of “In the Heights.”

Grace Sweeney (cast as “The Little Girl”) is ten years old and excited to be making her Axelrod debut in "Ragtime, The Musical". This past summer Grace made her off-Broadway debut at Signature Theatre, NYC with KOTA Productions in "Annie Warbucks (Tessie) and participated in "Lyrics for Life" Music Video (raising awareness for Suicide Prevention). She also performed in the world premiere of "Dance Divas Nutcracker" (Jackie) at Theatre Row, NYC and was involved with the making of the cast recording at Premier Studios.

This show is both 'timeless and timely' as reinvented by award-winning director-choreographer Luis Salgado and his team!

“I’m so happy to be performing with such an amazingly talented cast,” says Grace. “When I'm at rehearsals we learn a lot, and Luis Salgado is a great teacher. It’s interesting to learn about different cultures and it will be fun to put all of what we learn on stage. Musical theatre is my one true passion, and what's going to be even more exciting is sharing this with my brother."

Grace takes classes at the Count Basie Performing Arts Academy and has performed in "Beauty and the Beast Jr." (Silly Girl), "Aladdin Jr."(Narrator) and the children’s opera "Brundibar". Other credits include "Evita", "Annie", "Lion King Jr.", "The Little Mermaid", and "A Christmas Story".

Jack Sweeney (cast as Edgar) is in sixth grade and attends Frank Antonides School in West Long Branch, N.J. Jack is thrilled to be back on the Axelrod stage! Previous shows include "Gypsy" (Newsboy) and Rising Stars’ "Mary Poppins".

"I'm so excited to be playing the role of Edgar in Ragtime. Working with Luis and the production team is a lot of fun, but also hard work,” says Jack. My favorite subject is History, and it is great to learn about the time period with such a talented cast and director. This is going to be a great learning experience for me, and what makes it even better, is that I will be performing alongside my sister!"

“Ragtime,” by the team of Stephen Flaherty and Lynn Ahrens, with a book by Terrence McNally, has been widely regarded as one of the best new musicals of the past quarter-century, having won the Tony Awards for Best Score and Book. The thought-provoking musical is based on a best-selling novel and has been described by critics as both “dazzling” and brimming with “theatrical eloquence.”

Twenty years have passed since “Ragtime” originally created a stir on Broadway, but APAC Artistic Director Andrew DePrisco believes that the show is both “timeless and timely” as reinvented by award-winning director-choreographer Luis Salgado and his team. 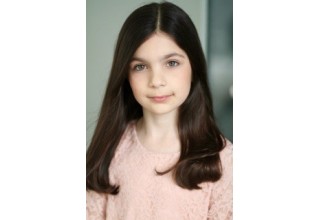 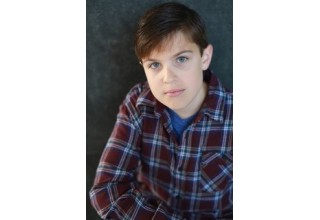