A member of the Presidential Inauguration Committee, Lloyd Claycomb highlights the key events at the recent RNC Spring Retreat. 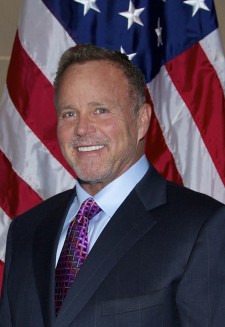 Palm Beach, Florida , March 16, 2017 (Newswire.com) - ​As attendee of the recent RNC Spring Retreat, Lloyd Claycomb enjoyed the opportunity to not only meet and talk with top GOP donors and lawmakers from across the country, but also to witness firsthand the event’s keynote address, delivered by none other than President Donald Trump.

As part of a crowd that featured numerous Republican Party officials, top GOP donors and current members of the Trump administration, Lloyd Claycomb was not disappointed by the President’s delivery, describing the speaker as calm, focused and “on fire” throughout what would become an hour-long speech. Noting the President Trump’s upbeat and enthusiastic tone, Claycomb placed particular focus on the President’s message, including his excitement about working to accomplish each promise made during the campaign and remaining ever-resilient in the face of current opposition.

Expectations of the speech, said Claycomb, were considerably high, particularly with Trump’s Joint Address to Congress having taken place only days before the event. President Trump, however, did not let his audience down, utilizing the Friday night address to create a path for future cooperation with the party while continuing to lay out his policy agenda for the next four years.

President Trump also took time out to personally thank the donors attending the event, expressing his gratitude for the fundraising work many had done while praising RNC Chairwoman Ronna Romney McDaniel for securing his victory in Michigan.

Due to President Trump’s appearance at the invitation-only Spring Retreat, security was at a particularly heightened level throughout. A strong security presence, however, failed to deter anyone from attending, nor their ongoing enthusiasm or enjoyment over the course of the weekend’s activities.

Lloyd Claycomb, who not only served on the Presidential Inauguration Committee, but also as Arizona State Finance Chairman for the Trump Victory Joint Fundraising Committee, noted the appearance of numerous other GOP power players, including Florida Senator Marco Rubio and Florida Governor Rick Scott.

Claycomb also took notice of high-profile donors who made the guest list, including Steve Wynn, a party notable who had delivered a speech on Saturday, and who had received a hearty round of congratulations from attendees for recently becoming the new RNC Finance Chairman. Wynn, who had been staying in Palm Beach during the event aboard his new 217-million-dollar yacht, ignited applause when he proclaimed “I am highly motivated to help, as we are in troubled times!”

In addition to what was an optimistic outlook and address from President Trump, the event was filled with discussion of last year’s presidential election successes, as well as how the RNC plans on continuing those successes in the years ahead.

As Claycomb notes, a big part of the party’s recent success was its new approach to campaigning, which was to become more involved in what had traditionally been blue states and to strengthen relationships with and focus on local communities within those areas. The effort to invest more effort in communities not always “red”, says Lloyd Claycomb, promises to be a part of the RNC’s strategy for the foreseeable future.

Recently appointed as Director of the United States Navy League, Lloyd Claycomb hopes to maintain a strong working relationship with the Republican Party, and the new administration, for many years to come.

A quickly-growing digital technology and marketing firm, Marca Global has provided comprehensive Online Reputation Management and Monitoring and Removal services to thousands of clients across the globe.