Like the Presidential Election, Mortgage Interest Rates Could Go Either Way. 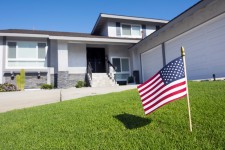 Honolulu, HI, October 22, 2016 (Newswire.com) - Pundits, prognosticators, forecasters — call them what you will — the experts are having a hard time agreeing on which way mortgage rates are going to move, or even whether they’ll move at all. Before we get to what you should do to take advantage of the market, here is a closer look at some likely scenarios for 2017.

The Presidential Election. Conventional wisdom holds that elections push interest rates down. However, according to Andrew Kim, Executive Vice President of Compass Home Loans, if one were to start their analysis in 1972 when Nixon defeated McGovern, rates held steady. Ditto for 1976 when Carter beat Ford. Four years later, when Reagan won a landslide against Carter, rates did go up, but economists pin that on inflation. Reagan versus Mondale in 1984 saw rates drop. Rates held steady after 1988 when Bush bested Dukakis. From 1992 through 2012 rates either decreased (1992, 2004-2012) or remained stable (1996 - 2000). Conclusion: there is no correlation between election years and the interest rates.

The Fed Is Going To Raise Rates. Second only to the election is the persistent rumor that the “Fed is going to raise rates.” “It’s important to know that the Federal Government does not control mortgage rates,” explains Compass Home Loans President Jon Whittington, “what they control is the federal funds rate.” Raising the fed funds rate could cause a shift in the way investors balance their portfolios. Instead of buying bonds such as mortgage-backed securities they could buy more stocks, which could send mortgage interest rates up. Experts disagree on exactly how much, but the consensus is: not much.

the six areas measured, the largest decline was seen in the net share of consumers who expect mortgage interest rates to decline over the next six months. “Whether average home buyers know something the experts don’t isn’t the point,” Mr. Whittington clarifies, “it’s how home buyers feel. In a consumer-driven economy, consumer confidence is a key indicator.” While it is true that the latest survey shows a decline, it follows the highest results recorded, which were set in July.

What Should You Do?

Mr. Whittington and Mr. Kim agree that it’s not as much about interest rates alone as it is about inventory – especially in Hawaii. Whether rates hold steady or even move slightly is irrelevant if the buyer hesitates to move on a property. The fact is, it simply may not be there tomorrow. For more information on how Compass Home Loans can help you stay ahead of today’s fast-moving market, visit CompassHawaii.com or call (808) 518.3650.

Waiting to Go Solar Will Cost You
WIND ON WATER COMMUNICATIONS - Sep 29, 2017
Newswire