NAPLES, Fla., November 7, 2022 (Newswire.com) - When he started having trouble moving the fingers of his left hand, Tod saw a neurologist for tests. He was stunned by the diagnosis: amyotrophic lateral sclerosis, known as ALS or Lou Gehrig's disease. As his symptoms worsened and spread to his legs, Tod traveled from his Ohio home to Lifestyle Healing Institute in Naples, Florida, hoping for relief.

Six months later, after LHI's therapy greatly reduced his symptoms, Tod walked his daughter down the aisle at her wedding. He dressed himself in his tuxedo, tied his own necktie and shoes, and danced with her at the reception. "If I hadn't come down here to get this treatment, I don't know if I would have been able to do these things," Tod said.

LHI and Tod, a 60-year-old white male from the Columbus area, are sharing the success story of his therapy. LHI is a complementary and alternative medicine center that treats chronic conditions, autoimmune disorders, symptoms of overprescription and other illnesses with a blend of data-driven clinical methods and holistic therapies to implement lifestyle changes.

When Tod arrived at LHI in May 2021, case notes indicate he was experiencing distal extremity pain and fatigue. He had difficulty using his hands and tying his shoes, and was walking with a drop-foot gait. A former soccer coach, Tod knew his stride had changed. And he recalls buying pants without buttons because he couldn't manipulate them.

He had an initial meeting with LHI founder Wyatt Palumbo, which he found inspirational. "My wife and I walked out of that meeting and we both were crying because there was a hope for a quality of life that we didn't have before, a better outlook, a better outcome," he said.

From the case notes after six weeks of treatment: "The patient slowed and even reversed some of the clinical findings with notable improvements in his T cell health, weight shifting, and sensory awareness, with healthy decreases in ferritin and liver enzyme levels. He reported a significant decrease in pain and an increase in his energy levels. He displayed marked improvement in standardized occupational and functional testing in sensory awareness, body awareness, and weight shifting where obvious improvements in gait and function were noted."

Tod agreed with that assessment: "My mobility increased because of the OT; I got dexterity and mobility back in my hand. After working with (my therapist), my stability and balance issues were better." He also praised the changes to his diet, which had "almost immediate" effects of reducing aches in his hands and joints.

He felt so strong that he joined in a planned post-wedding trip to Rome, Italy, with his daughter, her husband and 17 family members, going on a walking tour of the city with an archaeologist and visiting the Sistine Chapel. "It was absolutely amazing," he said. "I felt pretty good for the most part, though the gluten-free diet went out the window. I did 25,000 to 30,000 steps a day. I was feeling good."

At his 12-month checkup, Tod's left hand had declined in function, but he had retained many of his improvements, particularly regarding his biochemistry, balance, guarding, breathing and day-to-day function. "Overall, minimal progression was noted with many improvements maintaining nearly a year after his diagnosis, which largely concurred with the neurologist follow-up findings," according to his case notes.

In a recent interview, more than a year after his treatment, Tod said LHI's treatment is still paying dividends. "I think it was the focus on repairing the body, based on the blood work pre-treatment and post-treatment, that caused the massive improvement in my body's function and also how physiologically I'm able to move," he said. "I have to accept that I'm not going to ref a soccer match anytime soon—but my wife and I got out on the pickleball court the other day and I had a great time.

"These treatments allowed me to dance with my daughter at her wedding, which was probably the most special thing that I experienced in my life," he said. "If I had not made the decision to come down to Florida and get the treatment, I'd never have been able to do any of these things, so I am so grateful for the treatment center of Lifestyle Healing Institute."

Tod's case will be published in tandem with Florida Gulf Coast University in hopes of bringing awareness to improving quality of life, especially in chronic conditions with no defined cure. To learn more about Lifestyle Healing Institute and its holistic treatment for a variety of conditions, visit https://lifestylehealinginstitute.com/. 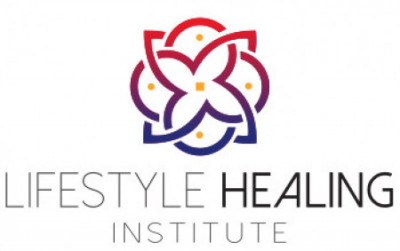