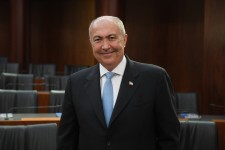 BEIRUT, Lebanon, January 7, 2019 (Newswire.com) - ​​The following is based on an open letter and an interview with Lebanese MP Fouad Makhzoumi.

More than a decade ago, Lebanon entered a tunnel of political chaos and dis-certainty, after a series of assassinations and political chaos that affected all its vital foundations.

The country’s economy has been in a critical state due to several factors, including the political conflict after the Syrian withdrawal from Lebanon, added to the corruption and mismanagement that caused the collapse of the state utilities and institutions.

Since 2005, Beirut has been a semi-abandoned city, on the development, political and economic levels.

Any further negligence would lead to severe implications that will consequently affect all the country.

One Lebanese new elected parliamentary member is aware of this risk and making efforts to shift the current situation towards a better future.

MP Fouad Makhzoumi, a man of economy-centric vision and political mission, realized it’s time to make a change the political and economic landscape, especially as more than 25 percent of Lebanese citizens live in poverty, according to the Borgen Project. Makhzoumi aims at deploying his business profile to the benefit of his country.

While unemployment rates are soaring, all his efforts are focused on creating jobs and provide critical vocational training to help citizens be prepared for the workforce.

MP Makhzoumi’s vision to Lebanon’s oil and gas would certainly bring revenue back to his country, in terms of jobs generated and enriching the country’s desperate economy. This comes parallel to the Makhzoumi’s initiative of launching the positive economy conferences and forums as an ongoing event focusing on a collaborative economy, geared to saving the country’s fragile state with much-needed ideas, projects, and discussions.

Makhzoumi Foundation, which employs 250 people, 70 percent of whom are women, provided more than 2.5 million services, empowering people across Lebanon and helping them gain new skill sets in various disciplines.

Despite the repeated promises from Sunni leadership and parties, Beirut suffers from a total absence of the state. This was evident in the parliamentary elections this year that were no different from the municipal ballots of 2016.

The results showed discontent with all current political parties, especially on the Sunni arena in Beirut.

This may seem understandable in view of the political experience since 2005, as it failed politically and economically for several years.

People’s trust was broken over the years due to unkept promises and void electoral programs.

Corruption drew a gap between citizens and the state, in the absence of accountability.

He’s currently working on finding solutions to the problem of the torrential rain floods that swept Ramlet al-Bayda and offered the municipality a donation through his company “Future Pipes Industries” to come up with a sustainable solution for this crises.

"The biggest challenges facing Lebanon today is that there is little belief that the government can play its role as it is supposed to do, for there is doubt and lack of trust in most politicians because of the corruption," says MP Makhzoumi.

He has led by example in that area, whether by donating his salary to the Islamic Elderly House or by giving up his after-service benefits as a statement of support to the economy of his country, and its sustainability.

The attempt to monopolize leaderships has backfired, and now there are emerging new leadership among the Sunni community that cannot be ignored.

These new leaders must be given a chance to prove their capabilities especially since all previous experiences failed and caused the dissociation of the Sunni community.

Lebanese in general, not only Sunnis, are increasingly fed up with the traditional politicians and their ways of doing business and politics.

With files of corruption being associated with many Sunni leaders, deteriorating living conditions for the citizens, and increasingly conflicted areas of operations, who is to blame now? And who can effect change?

In MP Makhzoumi’s words, it is time to “reunite and pave the way to all other fellow citizens to work together for the betterment of the lives of all Lebanese.” 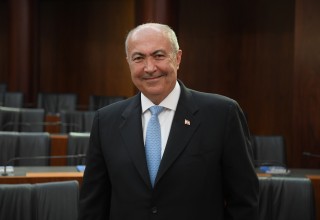 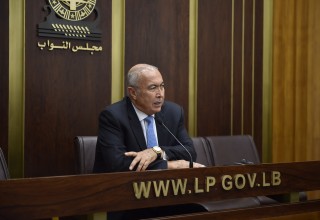