Lebanese Exhibition, Presented by the Dialogue of Alphabets, is Reserving Thousands of Years of Art and Culture Through the Arts 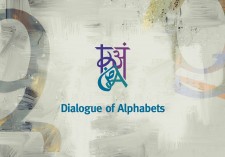 Beirut, Lebanon, May 14, 2019 (Newswire.com) - ​​The Phoenician alphabet, called by convention the Proto-Canaanite alphabet for inscriptions older than around 1050 BC, is the oldest verified alphabet in the wider sense of the term “alphabet”. It was used to write Phoenician, a Northern Semitic language, used by the ancient civilization of Phoenicia in modern-day Syria and more immensely in Lebanon.

An exhibition in Lebanon that is promoting heritage, culture, and a call to the young generation to hold onto their history and roots through the arts around this alphabet.

Under the patronage of the Minister of Foreign Affairs and Emigrants, the Dialogue of Alphabets — in cooperation with Fabriano — organized for the second consecutive year an exhibition for the winning drawings in the competition that was held among school students from around Lebanon.

The competition conveys the interpretation of young Lebanese students to this multi-thousand year alphabets, a pillar in the Lebanese history and culture. One of many future plans by the project whose mission is to bring the cultures of the world together through the symbiosis of letters, in one universally accepted language which transcends all conflicts, the language of the Arts. The project’s future plans is to create a permanent display of winning works in an innovative Open Air Permanent Gallery, said to become a tourist destinations of cultural and artistic nature for residents and visitors. Bernard Bridi, the initiator and coordinator of this project, talked to us about an international prize for outstanding idea depicting the Dialogue of Alphabet concept in various visual and performing arts. The event would by itself benefit the tourism sector in Lebanon, aiming to be up to standards with international awards ceremonies like “the Oscars.” The main aim is to rebrand Lebanon, and reflect its culture and history as a touristic attraction of multi dimensional focus.

In his speech, Mr. Attali welcomed the audience, saying such events reflect the Lebanese openness on the world, and thanked MP. Makhzoumi and his wife Ms. May for choosing ESA to host this event.

For his part, Makhzoumi, MP who’s had youth empowerment as a core of his agenda, warned that the Lebanese are today losing their human capital, “our youths emigrate to search for better opportunities as our education system fails to meet the needs of the digital age.”

Makhzoumi called to “return to the roots” because the alphabet was Lebanon’s gift to the world. “Humans were able to hold dialogues because of Lebanon’s precious contribution”, calling to further promote dialogue tools. He also highlighted the Fouad Makhzoumi Innovation Center that was recently inaugurated in LAU which promotes change in school curricula and revolutionizing educational methods.

Makhzoumi added “around this time last year, we organized the first Dialogue of Alphabets Exhibition, and today, one year later, the highest ranking official authorities are about to adopt this initiative, from UNESCO and the UN, to various Lebanese officials and the Lebanese diaspora.”

In his speech, Mr. Bridi spoke about the history of the project which began over ten years ago, stressing on the importance of the alphabet which was invented in the city of Byblos, since it enabled the ancient Phoenicians to roam the seas, navigating from Tyr to build commercial ties with the rest of the world, in addition to its great gifts to human civilization, as leading historians consider the alphabet the instigator of human advancement toward exchanging ideas, principles and democratic ideals.

Bridi quoted UNESCO which described the alphabet as “Lebanon’s most precious contribution to the world”, given its role in promoting dialogue and interaction between all cultures, hence in building a strong and deep system of understanding between civilizations, and promoting peace in the place of war. Bridi also spoke of the literature that feeds on alphabet and is based on it.

For his part, Abu Jawde focused on the main element of this event, which is beauty, which he linked to morals. He further admired the transformation of the alphabet letters from a beauty motif into an artistic and creative substance, and stressed that dialogue offers a guarantee for people to reconcile with the values and principles of others.

Meanwhile, Minister Jraysati stressed that tolerance is Lebanon’s true fortune, calling to spread this principle around the world.  Nahas said Fabriano gathered 50,000 paintings over two years since the first Dialogue of Alphabets exhibition was launched, expressing his gratitude to MP. Makhzoumi, Mr. Abu Jawde and Mr. Bridi for their confidence in the project. Minister Jraysati conveyed the greetings of His Excellency President Michel Aoun, particularly to MP. Makhzoumi, adding “I admire this project for its great capacity to convey Lebanon’s message abroad”. He also spoke of the Human Academy for Encounter and Dialogue that was launched by President Aoun which aims to deliver a message from the United Nations, that Lebanon is the ground of dialogue between civilizations, religions, cultures and ethnicities, a country that promotes peace, dialogue, and letters. He further promised that the academy will seek to cooperate with the Dialogue of Alphabets.

During the ceremony, the Dialogue of Alphabets was launched on the international level, as the fruit of cooperation between the National Dialogue Forum and George Zard Abu Jawde Foundation, also supported by UNESCO. The three winners Carl Ghazi, Salwa Dib and Ciline Nasir received their awards, and the attendees roamed the exhibition that took place in open air.